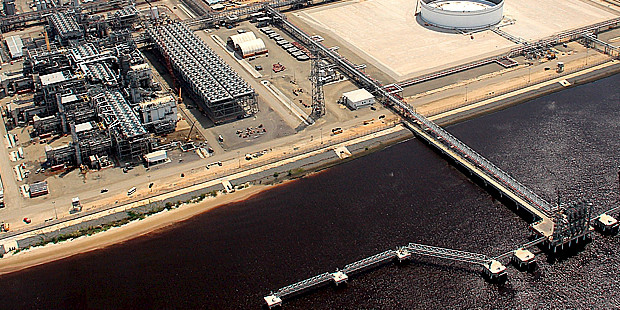 TOTAL leads in output, with 40% (operated) from Block 17
Over 23 million barrels of crude oil was exported out of TOTAL operated Block 17 offshore Angola in September 2014, according to the country’s ministry of finance. This volume, from Angola’s most prolific block, represents slightly over 40% of the 57.163MMBO exported during the month.
ExxonMobil’s Block 15 came a distant second, with 9.47Million barrels, or roughly 17% of the total, exported. Chevron’s Block O came a close third, delivering 8.5Million barrels, or 15% of the exported volume.
The company to watch is BP, relative newcomer, whose two operated blocks: 18 and 31, contributed a total of 11.38Million barrels, about 20% of the export from the month. Block 18 contributed 5.564Million while Block 31, in the ultradeep water, contributed 5.818Million barrels. Whereas production from Block 18 started in late 2007, Block 31 only reached first oil in December 2012.Angola’s average daily crude export delivery was 1.905MMBOPD.

« Umugini Starts Flowing At Last
Shoreline: No Plans to Sell To the Qataris »