Production Declines In Equatorial Guinea All The Way 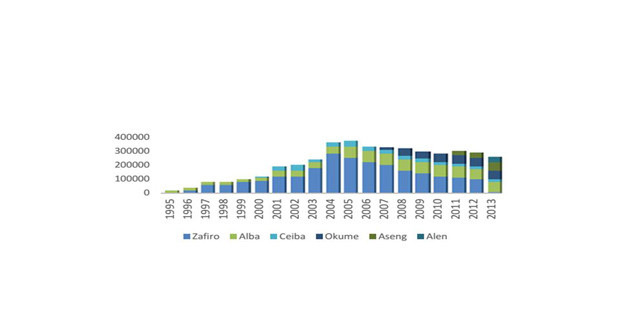 But Equatorial Guinea is still not a push over in the West African upstream market. The Noble Energy operated Carla field targets first production in early 2016. In Diega field, where five well bores have encountered oil and gas, an aggressive appraisal drilling is on schedule. London listed Ophir claims it has encountered 3.4Tcf in Block R and has proposed a 3MMTPA Floating LNG, which it hopes will get  investment sanction in the first quarter of 2016.

« Britannia U Returns to Production, with 4,000BOPD
NDPR Votes $135Million For Omerelu Development »