Ophir Encounters Two More Dusters, Back To Back 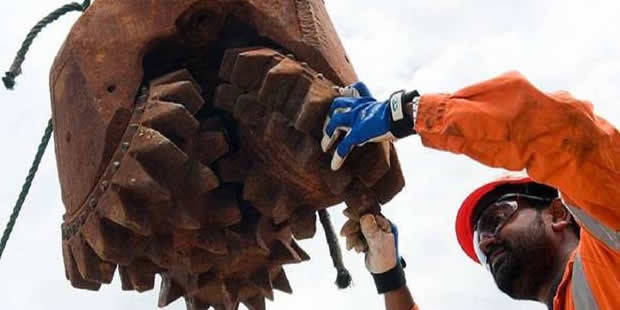 The aggressive explorer has delivered six failed wildcat probes in 2014
Ophir Energy found traces of gas in the primary objective of its Tende-1 well in Tanzania’s deepwater East Pande Block, but confirmed that  were “no moveable hydrocarbons”.
The London listed company reported “a gas bearing sandstone” in the secondary objective and indicated plans to “further evaluate the wider impact of this finding to better understand the remaining prospects in the block”.  The total depth was 4,153metres.
Following the Tende-1 well, the Deepsea Metro I drillship moved to Block 7 where the Mkuki-1 well was drilled to a total depth of 3,204m. The well targeted a Tertiary-aged stratigraphic prospect located in water depths of 1,648m and encountered a high quality sandstone sequence, but no hydrocarbons were present.
Tende-1and Mkuki-1 were the second and third frustrating wells that Ophir would drill as an operator in deepwater Tanzania in the last 10 months.  In January 2014, the company plugged and abandoned Mlinzi Mbali 1, located in the country’s Block 7, with the same Deepsea Metro I drillship. Block 7 and East Pande Block are both operated by Ophir and are outside the influence of the Rovuma Basin, in which Ophir is partner with operator BG in Blocks 1, 3 and 4, which have proven up several trillion cubic feet of gas since 2010.
Ophir Energy’s other disappointing wells in 2014 include shallow water Affanga Deep-1(May 2014) in the Gnondo Block and deepwater Paddouck Deep-1in the Ntsina Block and Okala-1 (June 2014) in the Mbeli Block, all offshore Gabon.