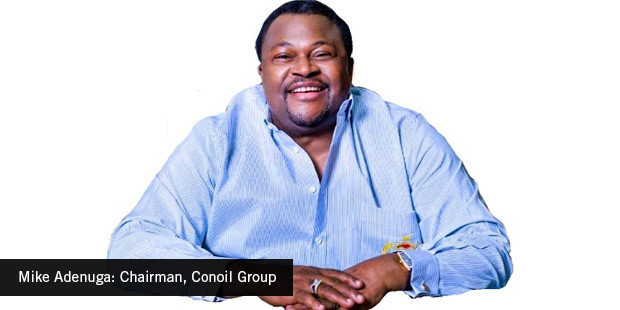 The Nigerian independent Conoil Producing has had its output down to 9,000 Barrels of Oil Per Day (BOPD), from close to 11,000BOPD in the early to middle of 2014. Conoil is struggling with optimum output in two different production hubs: 1,000 BOPD on the western flank of the Niger Delta and 8,000BOPD in its Otuo South field, at the mouth of the continent’s most prolific basin.

These figures are instructive. Conoil was the first real Nigerian operator of a Nigerian hydrocarbon acreage, winning its first license as one of the several local firms granted discretionary awards in 1991, during “The Indigenous Thrust”. The company made history when it claimed to have made a discovery in that asset (now Oil Mining Lease (OML) 103) in Christmas of 1993.At the height of its powers, Conoil produced over 35,000BOPD between 2005 and 2006.Production could readily have been more. “Our overall potential hydrocarbon resources of over 1.0 Billion Barrels of Oil and 7.0 Trillion Cubic Feet of Gas, helps position us in Africa as the flagship of the independent oil and gas companies”, the company claims on its website. Conoil is the operator of six blocks in the Niger Delta. Its asset include OML 290, which it describes as its latest (PSC agreement was signed in October 2008); OML 59,for which it signed a technical operator agreement with Continental Oil and Gas Limited (CONOG) in 1998, to provide 100% funding and technical service agreement to operate; OML 136; Oil Prospecting Lease (OPL) 2007; OPL 257 as well as Block 4in the Joint Development Zone (JDZ), in which it is 25% equity holder. This is the lowest equity Conoil holds in any asset. It doesn’t like having minority positions. Conoil has, however, largely left these assets to lie fallow for most of the past 10 years.

Although TOTAL farmed in for a 40% participating interest in OPL 257 andOML 136 on 17th October, 2006 and 17th May, 2007 respectively, Conoil has had challenges implementing a work programme with its more deep pocketed partner, especially in the Egina South prospect in OPL 257, which could be readily tied to the Egina field, currently in development.

In the last two years, however, Conoil has been more aggressive working on the upside potentials of OPL 290, OML 2007 and OML 59. It has made deeper pool discoveries in OML 59 and proved up new oil in OML 2007 and OPL 290, which, experts say, could push production to 60,000BOPD by 2018, if corporate governance issues don’t stand in the way.