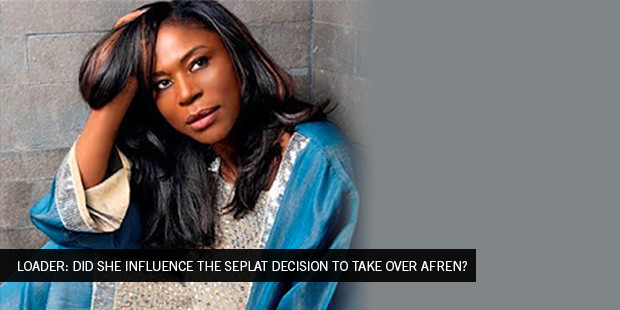 Days after Seplat Petroleum appointed Celine Loader as General Manager of Corporate Strategy & Business Improvement, the company made a take-over move on Afren, its closest rival in terms of asset development in Nigeria. Loader reports to company’s board.

The London listed Afren itself confirmed in a stock market statement that it had received the “highly preliminary” approach regarding the possible combination of Seplat and Afren. The statement came with the customary warnings that “there can be no certainty that an offer will be made”.

Seplat, a homegrown Nigerian company also listed on the London Stock Exchange, had been widely expected to move on Afren for several months now; ever since Afren’s share price went on a headlong crash as a result of allegations of corrupt practices by its former Chief Executive, market analysts had started seeing the company as a lame duck for take over and generally felt that Seplat should do the taking. Afren’s share price has tumbled by as much as 80% since the scandal broke in July.

Seplat, however, was not particularly keen, since it had other ideas about growing its portfolio, primarily acquisition of assets from which oil majors are divesting. Now as those planned acquisitions are not gaining much traction, one option is to take over Afren.  News of Seplat’s move boosted Afren’s share price by as much as 20%.

Loader was a Group Director, Marketing and Corporate Relations at the United Bank for Africa (UBA), after which she was appointed Chief Marketing Officer of First Bank of Nigeria, the country’s top lender. Until the Seplat appointment, which happened last week, she was Senior Adviser at the Nigerian Central Bank.

It’s not clear if Loader’s appointment and Seplat’s decision to take over Afren are related. Loader, a media savvy communications specialist whose career kicked off as business analyst for Microsoft UK, is better known as a diva with strong marketing skills but not as an expert on upstream new business opportunity or E&P market intelligence. But the coincidence is striking.

It’s also not clear why, Seplat would consider a communications strategist at General Manager level, when it already has a structured corporate affairs department. Seplat officials were not available for comments, although, one impeccable source dismissed our misgivings about the hiring as coming across as creating a top heavy management personnel. “The Seplat board can always hire experts to advise it”, the source said.