Cobalt’s Angola Worries Are Not Going Away 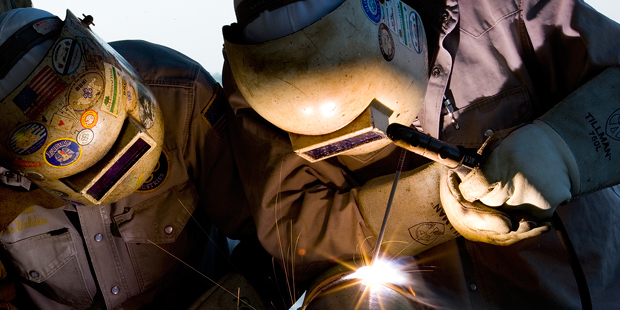 Cobalt International Energy may have a day in a United States court over its operations in Angola. Five months after the U.S Securities and Exchange Commission notified the company it will bring an enforcement action against it over its Angolan operations, a law firm has followed up with a class action suit around the same issues. The short of it is that US authorities feel that Cobalt had erred in going into a partnership with Angolan companies in which top Angolan bureaucrats –who are themselves the regulators-hold concealed interest.

US Law firm Pomerantz LLP Energy alleges that Cobalt made false and/or misleading statements and/or failed to disclose that: (1) the Company conducted certain business activities in its Angolan operations in violation of the Foreign Corrupt Practices Act; and (2) as a result of the foregoing, the Company’s financial statements were materially false and misleading at all relevant times.

Cobalt has noted time and again that it had no say in determining what company would partner with it, when the Angolan government awarded it interests in Blocks 9 and 21, offshore Angola in 2008. The partners in the Blocks were Nazaki Oil and Gas and Alper Limited, companies in which Angolan public officials, including Manuel Vincente – at the time President of Sonangol, the state hydrocarbon company – have concealed equity. Weeks after Securities and Exchange Commission brought the notice of enforcement action, Cobalt declared in a regulatory filing that Nazaki Oil and Gaz, and Alper Oil had transferred their interests in the venture operated by Cobalt to Sonangol, Angola’s state-owned oil company.

Cobalt made the following statement:

On August 26, 2014, Cobalt International Energy, Inc. (including its subsidiaries, the “Company”) received documentation confirming that Nazaki Oil and Gaz (“Nazaki”) and Alper Oil Limitada (“Alper”) are no longer members of the contractor group of Blocks 9 and 21 offshore Angola. Pursuant to a series of Executive Decrees passed by the Republic of Angola, the working interests previously held by Nazaki and Alper in Blocks 9 and 21 have been transferred to and are now held by Sonangol Pesquisa e Produção, S.A. (“Sonangol P&P”). As a result, the Company no longer has any relationship with Nazaki or Alper.

Pomerantz LLP disclosed on January 2, 2015 that it had filed a class action lawsuit against Cobalt and certain of its officers in United States District Court, Southern District of Texas on behalf of a class consisting of all persons or entities who purchased Cobalt securities between February 21, 2012 and August 4, 2014, inclusive (the “Class Period”). This class action seeks to recover damages against Defendants for alleged violations of the federal securities laws under the Securities Exchange Act of 1934.

On the 3rd of December 2013, the Company’s share value dropped from $22.23 per share to $17.51 per share, a loss of about $4.72 per share after it was revealed that the Lontra well held large amount of gas, as opposed to previously held predictions of 900MMBOE. The well is located in Block 20 in the Kwanza Basin and was drilled to a depth of 4,195 meters. “It flowed 2,500 barrels of gas condensate and 39 million cubic feet of gas per day during tests”, the company said in a statement. However, gas content in Angola discoveries could offset the value of oil because foreign investors cannot market gas under the nation’s production-sharing agreements.

Eight months later, on August 5, 2014, the Securities and Exchange Commission issued a Wells Notice recommending an enforcement for the possible violation of securities laws against Cobalt International Energy for partnering with Shell companies in Angola that were partially owned by high-level Angolan officials just so they can gain access to its Angolan wells. This news caused a further nose-diving of the company’s stock value to $14.22 per share.

It would seem that 2014 had more revelations for Cobalt than discoveries because in the early days of November, it was once again revealed that the Loengo well, located in Block 9 (4000 sq km), offshore Benguela Basin at water depths that ranges between 50 to 1,000 meters, had neither oil nor gas despite the bold claims that the company made that it was rich in both oil and gas. This revelation once again dragged down the already falling company’s stock price by $1.21 to close at $10.07 by November 4. The defendants have been accused of making false and/or misleading statements, as well as having failed to disclose material adverse facts about the Company’s business, operations, and prospects; leading the Company’s financial statements to be materially false and misleading at all relevant times.

Cobalt International Energy is an independent, oil-focused exploration and production company with operations offshore Angola and Gabon in West Africa but it is only its Angolan operations that was served with a class action lawsuit. The Class Action Fairness Act of 2005 lays out the criteria for cases that fall under federal jurisdiction: Any class action lawsuit in which claims exceed $5 million, as well as any case involving plaintiffs or defendants (over 100 people) from many different states (called diversity jurisdiction).

The class includes individuals or entities who acquired:

« Will Shell Divest From Onshore Gabon?
Mozambique Extends Bid Round Till April 2015 »