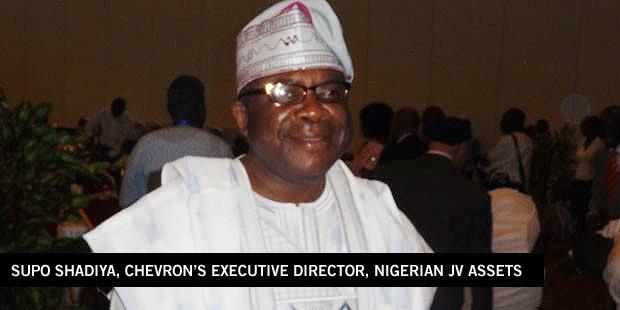 Final Investment Decision for Agura Power Plant Now Doable
Nigerian authorities have finally approved Chevron’s eight year old request for renewal of licences for Chevron operated Oil Mining Leases (OMLs) 83, 85, 88, 89, 90, 91 and 95, for a term of 20 years. The earlier, 40 year licences expired in December 2008. Chevron has battled to have these acreages renewed since 2006.
Two immediate implications of this are that (1) one factor delaying the sanction of the Agura Independent Power Plant project has been removed. Chevron operates and holds a 40% interest in this IPP (Phase 1: 330MW). The company declares in its factsheet: “A final investment decision is pending conclusion of commercial agreements and renewal of offshore leases”. (2), the purchase of Chevron’s 40% equity in OMLs 83 and 85 by the Nigerian independent First E&P, can now go forward.
Chevron is the third largest oil producer in Nigeria (after Shell and ExxonMobil), with average net daily production of 233,000 barrels of crude oil, 182 million cubic feet of natural gas and 5,000 barrels of liquefied petroleum gas in 2013.  These seven, just renewed acreages, are among the 12 (including OMLs 49, 51, 52, 53 and 55) that the company operates in a 40:60 Joint Venture with the Nigerian National Petroleum Corporation (NNPC), the state hydrocarbon company.

« Mozambique Extends Bid Round Till April 2015
Why Would Chevron Want to Leave the Congo? »