Why Would Chevron Want to Leave the Congo? 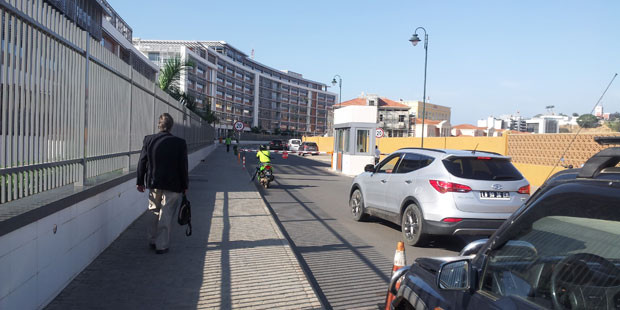 Of all the rumours of divestment by majors from African assets, one of the most intriguing is the one of Chevron’s plans to sell its asset in Congo Brazzaville.
The question is, why would the California based company want to walk away from Lianzi and Moho Bilondo?
Chevron expects first oil from deepwater Lianzi, a field straddling Angola and Congo Brazzaville, in 2015. The project is expected to produce a maximum of 46,000 barrels of oil equivalent per day, which is, admittedly, lower than what obtained at peak in most of the fields in which the company is involved offshore Angola. But the Congolese government is a more ‘friendly’ partner and the country’s terms more favourable than in the neighbourhood, according to officials close to the project, choosing not to be named.
Lianzi is the first field that Chevron would be operating in the Congo. The $2 billion development involves – involves the installation of subsea production system and a 27-mile electrically heated flowline, used to transport oil from the field to the Benguela Belize Lobito Tomboco platform, located in Angola’s Block 14.  Chevron is 31.25% operator of Lianzi, but TOTAL has the largest share at 36.75%, with ENI at 10%, Sonangol 10%, the Congolese state hydrocarbon company SNPC 7.5% and GALP 4.5%.
First Oil is also expected from the Moho Bilondo “Phase 1 bis” project in 2015, while first oil from the Moho Nord project will start in 2016. Chevron, who is a 31.5% partner in the asset, has described the Moho series of projects, as “the largest ever oil and gas project in the Republic of the Congo”. The twosome is expected to cost nearly $10 Billion, and produce 140,000 barrels per day of crude oil at peak production, scheduled for 2017.
The Moho Bilondo Phase 1 bis / Moho Nord projects follow up on the Moho Bilondo 1E development, the first in the permit area, and Congo’s first deepwater project, which came online in April 2008 and reached plateau output at 90,000 BOPD in June 2010. It has since been declining. French oil major TOTAL operates the Moho Bilondo assets with 53.5%, with SNPC holding 15%. TOTAL does not plan to divest from Congo, so why would Chevron? Congo may not be as prolific as Angola or Nigeria but, well, “the natives are friendly”.
Chevron is probably more risk averse about exploration assets in Africa than any of the majors, including Shell, ExxonMobil, TOTAL, BP and ENI, a reason why it quit Equatorial Guinea and Namibia, less than two years after its entry into these countries. Chevron didn’t take as many positions in deep-water Angola as did ExxonMobil, TOTAL or BP and is not keen on the country’s pre-salt play. The company is also not in deep-water South Africa. But the Congo deep-water assets are producers and there are no security challenges for basic day to day operations the way they are off Nigeria. So, why would Chevron want to leave Congo now?