Will Shell Divest From Onshore Gabon? 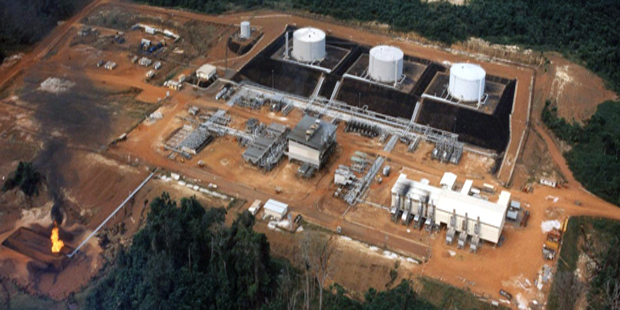 By Fred Akanni, in Libreville

Europe’s top major, AngloDutch Shell, is excited about its new find in deep-water off Gabon. The Leopard gas field lies in the famous pre-salt play and, while Shell hasn’t said anything about what it’d do with the gas, it’s been touting the find as one of the highlights of the year 2014.

Shell’s onshore fields in the country have been declining for a while now and the word on the patch is that they don’t fit into Shell’s Africa strategy anymore. It is conceivable that Shell would want to divest from Gabon’s onshore tracts, just like it exited Cameroon years ago.

Shell has shown more interest in rank wildcats on the southern tip of the continent(Namibia and South Africa), large gas plays in countries with significant infrastructure for monetisation (Nigeria) and deep-water reservoirs in both mature and unproven basins (Namibia, Nigeria, South Africa, perhaps, Gabon).

Shell hasn’t been making huge discoveries onshore Gabon in the last decade. But in the 40 years before then, it made the country’s signature onshore finds: the Gamba oil field, encountered in 1967, “breathed life into a remote corner of the country and created what is now a major and strategic oil hub, also the location of Shell Gabon’s headquarters”, according to the UK magazine Business Excellence.
For Shell Gabon, exploration in the country has not only yielded Gamba; further successes have included the discovery of Rabi (1985), which was brought on stream in 1989.  The Toucan field was brought on-stream in 2002 and Awoun, which was discovered in 2005-exactly 10 years ago- came on-line in 2010.
As well as these onshore operations, which are mainly clustered around Gamba, Shell Gabon also operates two offshore blocks.

Gabon’s oil production has been concentrated in one large oil field and supported by several smaller fields. As the largest field matured and production declined, a larger field would emerge and replace dwindling production. Dominant fields have included Gamba/Ivinga/Totou (1967-1973), Grondin Mandaros Area (1974-1988), and Rabi (1989-2010). Gabon’s greatest success, the Rabi oil field, significantly boosted the country’s total output in the 1990s and reached 217,000 bbl/d at its peak in 1997. Although Rabi is still one of Gabon’s largest producing fields, it has matured and production has gradually declined to about 23,000 BOPD in 2010.

“Since Rabi’s descent, a new large field has not yet emerged, since recent exploration has yielded only modest finds”, reports the United States’ Energy Information Administration( EIA). So it is conceivable that Shell will want to wind down from Gabon, not necessarily because of any above surface challenges as it has in Nigeria, but because it spends more money than it ever did maintaining the production. One company that would be interested in purchasing Shell’s assets onshore Gabon is the newly formed state hydrocarbon company Gabon Oil, which has said it is keen on building portfolio by acquiring a collection of producing and exploration assets.