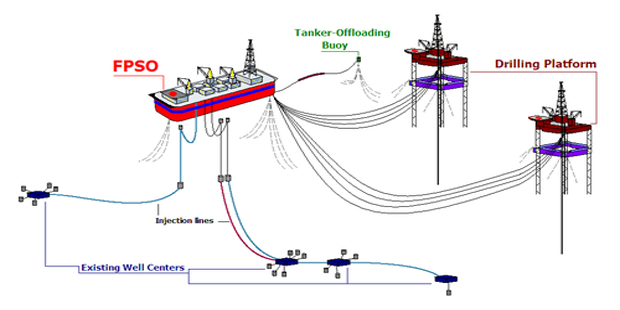 With a string of LNG projects coming on stream in Australia and piped gas agreements signed between Russia and China, analysts have warned of threats of oversupply dimming the chances of profitability.

But the Cameroonian Floating LNG project, announced on Christmas Day 2014 as a three way  Heads of Agreement (the HOA) between Golar LNG Ltd (Golar) Societe Nationale de Hydrocarbures (SNH) and Perenco Cameroon, is small, nimble, and designed to get to market quicker than 2018, the earliest at which any of the other listed  projects is likely to come online.

“The HOA is premised on the allocation of 500 billion cubic feet (Bcf) of natural gas reserves from offshore Kribi fields, which will be exported to global markets via the GoFLNG facility Golar Hill, now under construction at the Keppel Shipyard in Singapore”, a statement by Golar LNG states.

Nimble as its project is, Golar still needs to watch out for the Ophir led FLNG initiative off Equatorial Guinea. “Our project is well placed to take advantage of ongoing LNG market tightness prior to planned East African and North American volumes coming on-stream”, Ophir said in a recent statement. Ophir did state its Final Investment Decision would be taken in 2016 and first gas will come on line in 2019. Its statement was several months before the Golar announcement.

“Golar will provide the liquefaction facilities and services under a tolling agreement to SNH and Perenco as owners of the upstream joint venture who also intend to produce liquefied petroleum gas’ for the local market in association with the Project. It is anticipated that the allocated reserves will be produced at the rate of some 1.2 million tons of LNG (liquefied natural gas) per annum over an approximate eight year period”. This sounds so simple, and far removed from the mega projects proposed in Mozambique and Nigeria.

“It is expected that during the first half of 2015 definitive commercial agreements will be executed and necessary licenses and approvals secured for the production, liquefaction, and export of the reserves, and that production will commence in the first half of 2017. The Project will be the first floating LNG export project in Africa and will see Cameroon joining the small number of LNG exporting nations”.

Golar claims to be one of the world’s largest independent owners and operators of LNG carriers with over 40 years of industry experience. The company boasts that its “innovation delivered the world’s first Floating Storage and Regasification Units (FSRU) based on the conversion of existing LNG carriers”.