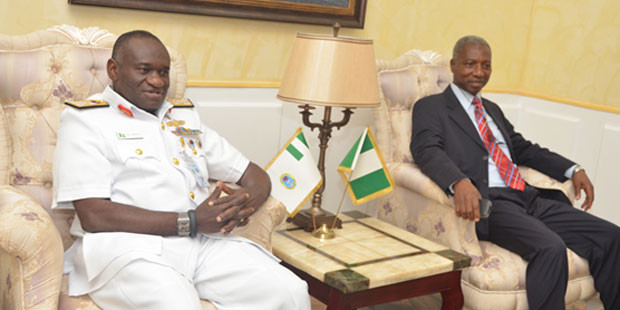 The Nigerian Navy beat its chest on Television several weeks ago, announcing the arrest of employees and contractors working for Excel Exploration and Production, a local independent. “The company’s marginal field license has expired”, a naval officer beamed at the cameras, alleging that Excel E&P staffs were operating an illegal crude oil production field. He was standing at the company’s campsite on Eremor field in Oil Mining Lease (OML) 46 in the Niger Delta basin, site of the arrest.

The department of petroleum resources (DPR), the country’s hydrocarbon industry regulator, did not officially respond to enquiries from Africa Oil + Gas Report about the arrest, but impeccable sources at the Ministry of Petroleum said the agency was not apprised of the Navy’s action and did not grant the permission to make the November 26, 2014 arrest.

“The DPR will never or is unlikely to recklessly cause an abandonment of operations outside of the environmental requirements to properly plug in the wells “, said a petroleum lawyer in Lagos, choosing not to be named.“If the DPR had indeed served ‎Excel a notice of expiry (and a timeline to abandon the asset) it would be responsible of Excel to have adhered to same should negotiations to extend have failed.

“In any event”, she said “the powers of the Minister (and by delegation, the DPR) to shut down operations are clear under the laws, but a revocation of a licence is governed by the Petroleum Act and involves a 30 day notice within which the company is to make representations PRIOR to a final determination of the licence /lease. Any revocation outside of this will be unlawful and can be contested by an aggrieved person”.

She argued that “even if the above procedure were followed and a final determination made, and unless an expiry of the abandonment/plug in timeline given thereafter had lapsed, I am not ‎aware of any situation where  the Minister/DPR would or has utilised the Navy to eject persons out of an operational site”.

In the event, the DPR eventually wrote to the Nigerian Navy, weeks after the arrest, confirming that the award of the Eremor Marginal field to Excel E&P was “still subsisting”. The DPR’s letter explained that “the company had been carrying out extended crude oil production test on Eremor-1 well to determine ‘Technical Allowable Rate’ for the well”.  The DPR’s correspondence itself arrived only after the Navy’s Chief of Staff had intervened to call the patrol unit to release the detained men. The fact that the DPR, the primary regulatory agency for the Nigerian oil Industry had to write to the Navy explaining the legality of operations, indicate a misalignment of roles. In swooping on the field without authorization from the regulator, the Navy was usurping the role of the DPR.

Eremor is an undeveloped oil field in shallow waters near existing infrastructure and within 12 km of several Shell producing fields.  Excel was awarded the field during the Nigerian marginal field awards of 2003. It plans to evacuate the crude through 2km pipeline to Brass manifold in Peretorugbene, Bayelsa State in OML 46.