Anadarko Goes For One Onshore Mozambique 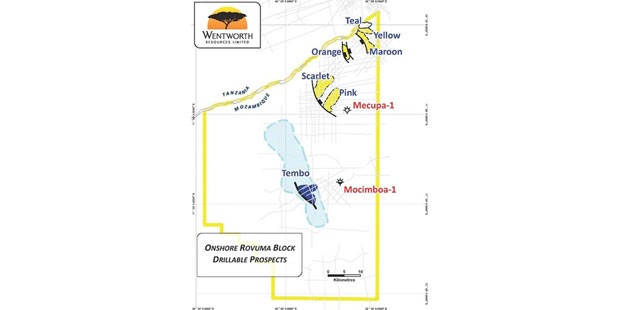 American independent Anadarko was drilling the Kifaru-1 exploration well as of January 15, 2015. The company was utilizing the Helmerich & Payne Rig 243 in the Rovuma Onshore Concession in northern Mozambique.
Anadarko opened the deepwater part of the same Rovuma  basin in 2010, encountering massive gas tanks and registering the country as a major gas hub.
The Kifaru-1 exploration well is targeting Miocene sands, of the same age as the reservoirs in the deepwater Rovuma. Wentworth Resources, which holds 11.59% interest, says the Miocene sands are “similar to the reservoirs in the Mnazi Bay and Msimbati gas fields in southern Tanzania”. The well  will also probe Oligocene and Cretaceous sands.
It has a planned total depth of 4,050 meters True Vertical Depth Sub Sea and, based on the current drilling programme, is expected to take approximately 70 days to complete.
Other partners on the lease include Maurel et Prom 27%, Mozambique’s state hydrocarbon company ENH 15%. Anadarko operates with 35.7%. The prospect is estimated to hold 940 Billion cubic feet of gas (Bcf) gross P50 prospective resource.
“The Kifaru-1 exploration well is located just south of our discovered natural gas fields in the Mnazi Bay concession and adjacent to recent gas discoveries made offshore. The Kifaru-1 well is testing a large structure which, if successful, could lead to further exploration activities in both of Wentworth’s blocks in the Rovuma Basin,” says a statement by Wentworth Resources.