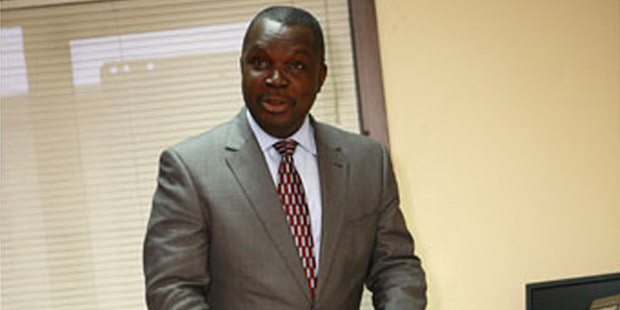 By Fred Akanni, Editor in Chief
..Seplat is the designated operator of OMLs 53 and 55
London listed Seplat Petroleum says it has completed its drawn out acquisition of interests in Oil Mining Leases (OMLs) 53 and 55, in the Eastern Niger Delta onshore Nigeria.
However, Nigerian minnow Brittania U, counters that the acquisition could not have been a done deal as the case has not been cleared in the country’s Supreme Court.
Seplat, the largest Nigerian founded E&P company, announced conclusion of two transactions totalling $426Million (MM) on Thursday, February 5, 2015.
One is the acquisition of a 40 % working interest in OML 53 in the north eastern Niger Delta from Chevron Nigeria Limited.
The second is the conclusion of negotiations to purchase 56.25% of the share capital of Belemaoil Producing Limited, a Nigerian special purpose vehicle that has completed the acquisition of a 40% interest in the producing OML 55, located in the swamp to coastal zone of south eastern Niger Delta from Chevron Nigeria Limited.  NNPC holds the remaining 60% interest in both OML 53 and OML 55.  The company says it has been designated as Operator of OMLs 53 and 55, “pursuant to the Joint Operating Model approved by the Honourable Nigerian Minister of Petroleum Resources”. The Company will also act as technical services provider to Belemaoil.
Uju Ifejika, Chief Executive of Brittania U, says it is wrong “for the minister to grant consent to the transaction as it is still a subject of litigation in court”. She declares, in a phone call from Paris, France: “The matter is subjudice and Chevron, a multinational oil company, should know better than to go through with this”. Ifejika declares that the acquisition flies in the face of the anti corruption stance of the Nigerian government, and notes that there are a lot of questions waiting for answers. “We will respond appropriately next week”.
Brittania U took Seplat and Chevron to court in December 2013 after the Africa Oil+Gas Report broke the news that Seplat, Belemaoil and Amni Petroleum had won the bids to acquire Chevron’s 40% stake in OMLs 53, 55 and 52 respectively.  The company claimed it had been the highest bidder, offering $1.6Billion for the US major’s equity in the three acreages.
Seplat executives argue that the company has not broken any rule. “We bid for assets, we went through all the processes and are satisfied that we have breached no laws”.
Seplat announced up-front acquisition cost of OML 53 to the company, “after adjustments, is $259.4MM, of which $69MM had previously been paid as a deposit in 2013 and $190.4MM paid at completion.  The adjustments to the up-front acquisition cost include a deferred payment of $18.75MM contingent on oil prices averaging $90/bbl or above for 12 consecutive months over the next five years.  The Company estimates net recoverable hydrocarbon volumes attributable to its 40.00% working interest to be approximately 51 MMbbls of oil and condensate and 611 Bscf of gas (total 151 MMboe).
The consideration for Seplat to acquire its 22.50% effective working interest in OML 55 is $132.2MM after adjustments, which include a deferred payment of $11.6MM net to Seplat contingent on oil prices averaging US$90/bbl or above for 12 consecutive months over the next five years.  The Company has also advanced certain loans of $80MM to the other shareholders of Belemaoil to meet their share of investments and costs associated with Belemaoil.  “In addition, discussions are underway to determine repayment terms for the initial deposit against the acquisition of $52.5MM that Belemaoil funded with bank debt”.  This amount may subsequently be added to the total amount loaned to Belemaoil by Seplat.
“Under the agreed terms Seplat will recover the loaned amounts, together with an uplift premium of up to $20.6MM and annual interest of 10%, from 80% of the other shareholders oil lifting entitlements. The Company estimates net recoverable hydrocarbon volumes attributable to its 22.5% effective working interest to be approximately 20 MMbbls of oil and condensate and 156 Bscf of gas (total 46 MMboe).  Current gross production at OML 55 is approximately 8,000 BOPD (1,800 BOPD on a 22.50% working interest basis).
“This transaction fits neatly with our strategy of securing, commercialising and monetising natural gas in the Niger Delta with a view to supplying the rapidly growing and evolving domestic market.  In addition to the large scale discovered, but undeveloped gas and condensate resources that are yet to be fully classified through detailed technical work, there are near term opportunities to increase and optimise oil production significantly above current levels,” said Austin Avuru, Seplat’s Chief Executive Officer.  “We very much look forward to working with NNPC and leveraging our technical and commercial expertise as Operator to realise the full potential of this high grade acreage,” he added.
OML 53 covers an area of approximately 1,585km2 and is located onshore in the north eastern Niger Delta.  The Jisike oil field, located in the north western area of the block, is currently the only producing field on OML 53.   Current gross production from Jisike is approximately 2,000 BOPD (approximately 800 BOPD on a 40% working interest basis).  Existing infrastructure on OML 53 at Jisike comprises flow-lines, phase one separation facilities and a flow station with a design capacity of 12,000 BOPD and 8 MMscfd.  Oil production is then sent for further processing at the nearby Izombe facilities on OML 124 from where it is exported via pipeline to the Brass oil terminal.  The block also contains the large undeveloped Ohaji South gas and condensate field, the development of which will be co-ordinated with the Shell Nigeria operated Assa North field on adjacent OML 21, together referred to as the ANOS project.  The expectation is that future gas production from the ANOS project will supply the domestic market, for which significant work on commercialisation terms and development concepts has been undertaken.   There is also shallow oil development potential at Ohaji South that could be pursued as a separate standalone project in the near term.  Prior to initiating development of the ANOS project, Seplat expects to focus efforts on increasing oil production at the Jisike field and development of the shallow oil reservoirs in Ohaji South.

« Why Would Chevron Want to Leave the Congo?
Tullow Will Continue In Ethiopia »