Tullow Will Continue In Ethiopia 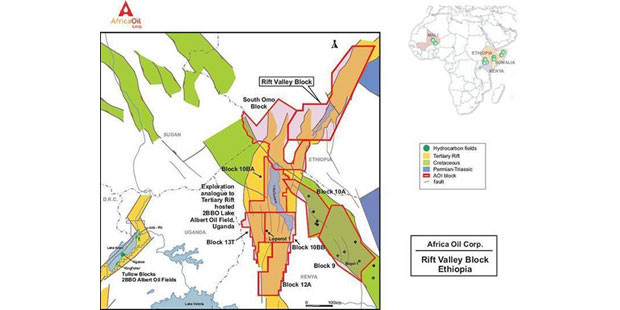 Two dry holes, back to back, have not deterred the continent’s most branded basin opener

The Government of Ethiopia has approved Tullow Oil’s entry into the Second Additional Exploration period for the licence through to January 2017.
Tullow’s report of this event counteracts the misgivings that the London listed explorer was tired of drilling dry holes and was looking to get out of the Horn of Africa.
The company reported its first half 2014 exploration campaign in the country, during which it tested two of several independent basins in the Group’s acreage. The Shimela prospect in the South Omo block was drilled in May 2014 to test a prospect in a north-western sub-basin of the vast Chew Bahir basin, but the well encountered water-bearing reservoirs and volcanics.

The Gardim-1 wildcat exploration well, also in the South Omo block, was then drilled in a separate sub-basin, in the south-eastern corner of the Chew Bahir Basin and intersected lacustrine and volcanic formations, similar to those found in the Shimela-1 well, but did not encounter oil.
“Seismic interpretation continues on independent prospectivity in other sub-basins elsewhere in the licence”.