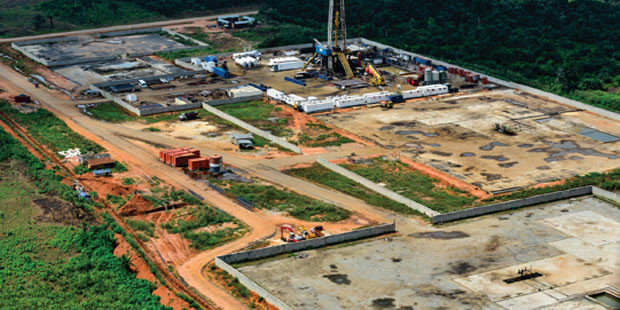 Seplat has announced that its joint venture with state hydrocarbon company NPDC has shut-down the Oben gas plant to enable tie-in of its expansion unit with the existing plant.
Nigeria’s largest homegrown E&P firm says the shut-down will enable the company tie in its newly installed, 2 x 75 Million standard cubic feet per day (MMscf/d) unit into the company’s existing gas plant. The work is scheduled for 10 days from February 22nd to March 5th 2015.
“Post tie-in operation, Seplat will have a single homogenous plant consisting of 2 by 45 MMscf and 2 by 75 MMscf trains and will be able to deliver 240MMscf/d WAGP specification gas post-commissioning, from the Oben node”, according to a statement from the company’s CEO, Austin Avuru, “This facility expansion and upgrades will bring the company’s overall daily gas production capacity to slightly over 300MMscf/d.”

During the shutdown, Seplat’s current daily production of 135MMscf, from Oben node will, according to the statement, “not be available, however, the company will maintain gas availability of 60MMscf daily from its Sapele node”.
The Oben shut down will temporarily reduce power supply to the country’s national grid, as it is the supplier of fuel to the two thermal Power Plants in Geregu in North Central Nigeria. But “The shut-down, provides the company an opportunity to enhance its current gas delivery into the national gas grid. This achievement aligns with Seplat’s short to medium term domestic gas commercialization strategy, while facilitating greater power generation in the country”.

In November 2014, Seplat signed a memorandum of understanding (MoU) for gas supply with the Nigerian Ministries of Petroleum Resources and Power, in conjunction with the Central Bank of Nigeria and the National Electricity Regulatory commission (NERC) as well as NNPC, and Gas Aggregation Company Nigeria Limited. “The company’s investment to develop its gas infrastructure buttresses our commitment to boost gas supply to the Nigerian Electricity Supply Industry (NESI) and support the Federal Government’s commitment to the reform of the Power Sector”, Avuru declares.