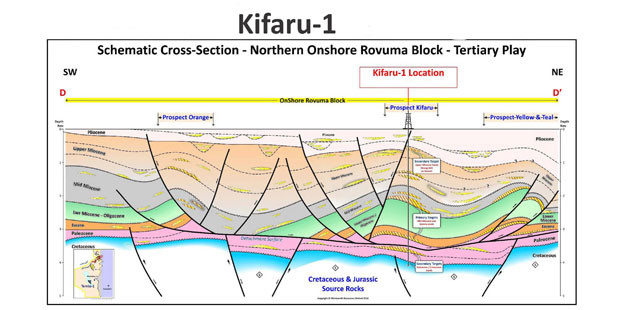 A renowned basin opener runs into a hurdle

Anadarko is finding it harder to get a handle on the onshore Rovuma Basin the way it figured out the offshore segment.
The American independent has finalised the drilling of two wells, in the space of two months, without commercial success. The just abandoned Kifaru-1 was more disappointing than Tembo-1, which encountered relatively thin gas footage. Both of them were drilled on the ‘Onshore Rovuma Block’.

These two back to back disappointments are unusual for a company which unlocked Mozambique’s deep water gas treasure and funded Ghana’s Tano basin opening.
At a total depth of 3,100metres, Kifaru -1 is a shorter well than Tembo-1, which drilled as deep as 4,553 metres. Kifaru-1 targeted shallower, younger sedimentary sequence, drilling through the Miocene, Oligocene and Eocene formations and failing to find an economic reservoir. Tembo-1 drilled deeper into much older rocks, reaching total depth in Jurassic-aged sediments. Petrophysical analysis of the Cretaceous section indicates 11 metres of natural gas net pay. Natural gas and some condensate were recovered by modular formation dynamics testing (MDT) confirming the petrophysical analysis.

The partners plan to go ahead and evaluate the collected data so as to determine the way forward. But they can choose to walk away from it all. After all, “with the drilling of Kifaru-1, the consortium led by Anadarko has satisfied all of its drilling obligations under the terms of the Exploration and Production Concession Contract for the Onshore Rovuma Block in Northern Mozambique”, says a statement by Wentworth.