Tower in Fourth Dry Hole in the East African Rift 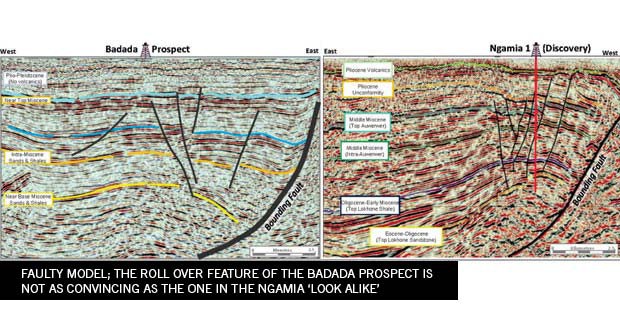 In six years, the London listed minnow has experienced five dusters in Uganda, Namibia and Kenya

Exactly three years after it announced its third dry hole in Uganda, Tower Resources has released a statement indicating it has just participated in another duster, this time in Kenya.
The company was the 100% operator of the subject Ugandan wells, ( Iti-1, Avivi-1 and Mvule-1), all drilled in its EA5 licence, whereas it is a 15% non-operating partner in the Kenya’s Block-2B, site of the latest dud. The company gave up the Ugandan licence after seven years of operatorship in 2012. The Kenyan well is the first in an exploration campaign.

Tower said it received notification from operator Taipan Resources that Badada-1, the Kenyan well, was drilled to a total depth of 3,500 metres MDBRT (Measured Depth below the Rotary Table) and following completion of logging operations “will be plugged and abandoned as a dry hole”.
Taipan holds 30% in the licence, with Premier Oil having the largest working interest at 55%. “The well has taken a total of 46 days to date, compared to the Operator’s expectations of 70 days in total and is expected to have been drilled under the gross budget of $25.8 million”, Tower explained.

Badada 1 encountered a thick and previously untested Neogene age succession in the Anza Basin, of similar age to that encountered in the Lokichar and Albertine Basins, confirming the pre-drill geological model for this part of the basin. “Excellent quality reservoirs of Neogene and possibly older Tertiary age have been drilled. Although the well has failed to find commercial hydrocarbons, minor gas shows and traces of heavier gas molecules indicate the presence of a thermogenic source rock”, the company argued.

Tower is an eternally optimistic forager in the African wild. Apart from onshore Uganda and Kenya, which are part of the greater East Africa rift system, the company has participated in drilling offshore Namibia, where its partnership with Spanish player Repsol also came up with a dry hole (Welwitschia-1A, June 2014).  Tower also holds positions in Cameroon, South Africa, Zambia and Western Sahara.

Tower says of the Kenyan experience: “This was the first well to drill the thicker undisturbed Tertiary section in the Anza Basin, close to the basin-bounding faults and potentially analogous to Tullow Oil’s Ngamia discovery in the South Lokichar Basin. Drilling results suggest that the section here is sandier than had been expected and the development of sealing claystones is less than had been hoped. This was always the principal risk for the play. We shall be evaluating the results of the well to assess the remaining prospectivity in this very large area.”