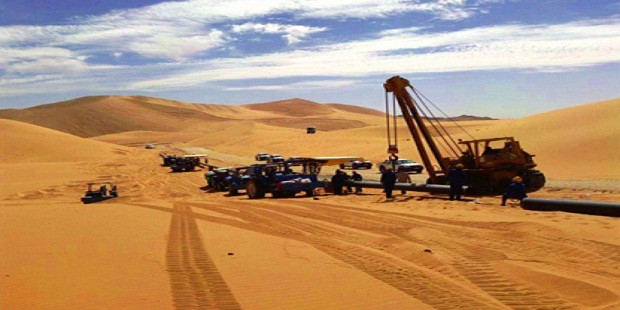 Algeriaplans to increase gas production to 5.3 Trillion Cubic Feet by 2019. Three new fields have been discovered so far in 2015 – near Touggourt and Ghardaia and in El Bayadh. In 2014, production stood at 4.6Trillion cubic feet, of 953 billion cubic feet(bcf) were exported by pipeline, 988 bcf in GNL form. In recent years, Algeria has witnessed a decline in its production of gas because of the decline in the major producing field of HassiR’Mel which has been producing since 1961.

Two compressor units have helped to boost production at HassiR’Mel and a third one is planned. New gas fields are being brought on stream such as Tinhert (Illizi), GassiTouil (Ouargla), Ahnet (In Salah), MenzelLedjmet (Illizi) and BirBerkane (Ouargla). Three gas projects are being developed by Sonatrach in association with  GDF-Suez (TouatGaz), BP and Statoil (In-Salah Sud) and Repsol-DEA&Edisson (Reggane Nord). Proven reserves of crude oil stand at 12.2billion barrels and 159 Trillion cubic feet of gas.