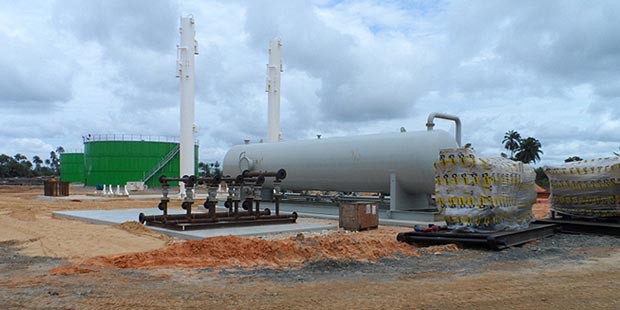 Nigerian independent Midwestern Oil and Gas has entered into a “definitive arrangement agreement” (the“Arrangement Agreement”) with Mart Resources to acquire the latter.

“Pursuant to the Arrangement Agreement, a wholly-owned subsidiary of Midwestern will acquire all of the issued and outstanding common shares of Mart by way of a plan of arrangement under the Business Corporations Act (Alberta) (the“Arrangement”)”, Mart Resources said in a statement. This includes “the assumption of all outstanding bank debt of Mart (currently,approximately US$200 million), and each Mart shareholder will receive CDN$0.80 in exchange for each Mart common share held (the Cash Consideration)”.

Mart Resources had approximately 357 million of shares by September 30, 2014, as reported in the company’s Third Quarter 2014 report. Based on this data, the cash consideration should be CDN$285.6 Million or $223.7Million.  When added to “all outstanding bank debt of Mart” inserted in the agreement, the expected cash receipts, accruable to Mart and its shareholders in this transaction, come to around $423.7Million.

Midwestern Oil and Gas and Mart Resources are co-venturers on the Umusadege (marginal oil field) located in the western Niger Delta basin. The field averaged 18,000BOPD in production in January 2015.The two companies are also partners in Eroton, the Special Purpose Vehicle which acquired the 45% equity belonging to Shell, TOTAL and ENI in Oil Mining Lease (OML) 18 for $1.2Billion last year. That purchase has received the consent of the minister of Petroleum Resources with Eroton confirmed as operator in a Joint Venture operating agreement with the state hydrocarbon company NNPC.

Mart Resources traded at CDN$.58 per share on Monday March 16, 2015. It has been generally lower than CDN$.80 per share since the first announcement of the possible acquisition was made on March 2, 2015.

The company says that its board of directors, “following receipt of a unanimous recommendation by a special committee of independent directors of Mart constituted to review strategic alternatives, has unanimously determined that the Cash Consideration is fair to Mart shareholders and that the Arrangement is in the best interests of the Company and recommends that shareholders and optionholders vote in favour of the Arrangement”.

FirstEnergy Capital LLP has provided the Special Committee with a verbal opinion that the Cash Consideration under the Arrangement is fair, from a financial point of view, to Mart shareholders.

Still a Long Way To Go
Mart says ‘The Arrangement’ is “subject to customary conditions for a transaction of this nature, which include court approvals, applicable regulatory and stock exchange approvals, including Investment Canada Act approval if required, the approval of 66 2/3% of Mart shareholders and 66 2/3% of Mart shareholders and optionholders (voting together as a single class) represented in person or by proxy at a special meeting of Mart shareholders and optionholders to be called to consider the Arrangement and a “majority of the minority” as required by Multilateral Instrument 61-101 – Protection of Minority Security Holders in Special Transactions after excluding the votes cast in respect of common shares held by Wade Cherwayko The Arrangement Agreement includes customary non-solicitation covenants by Mart and provides Mart with the ability to respond to unsolicited proposals considered superior to the Arrangement in accordance with the terms of the Arrangement Agreement.
In the event Mart accepts a superior proposal, Mart will be required to pay a break fee of CDN$5.8 million to Midwestern. Midwestern has the customary right to match.

The Arrangement is also subject to a financing condition as further described in Mart’s March 2, 2015 news release. Midwestern has agreed to use reasonable commercial efforts to satisfy the Financing Condition on or prior to June 15, 2015 and to keep Mart informed as to the status and timing of the satisfaction of the Financing Condition.

Prior to entering into the Arrangement Agreement, Mart received separate letters of confidence from each of Rand Merchant Bank and FBN Capital Limited with respect to the proposed financing addressed to Midwestern (and in the case of the letter from FBN Capital, also addressed to Mart) where RMB and FBN Capital each expressed confidence that Midwestern would be able to complete the Proposed Financing subject to the limitations of capital markets for equity financing. Pursuant to the Arrangement Agreement, Midwestern is to provide copies of written binding commitments that have been entered into with investors in the Proposed Financing on or before May 15, 2015 (the “Commitment Date”). In the event such copies are not received to the reasonable satisfaction of Mart on or prior to the Commitment Date, Mart (i) shall be permitted to provide due diligence access to certain eligible persons equivalent to that which has been provided to Midwestern; and (ii) may adjourn or postpone any meeting of Mart shareholders previously called to approve the Arrangement. Notwithstanding the foregoing, the Arrangement Agreement contemplates that Midwestern will have the right to satisfy the Financing Condition through to June 15, 2015 and complete the Arrangement in accordance with the terms of the Arrangement Agreement. If the Financing Condition is not met, Midwestern will be required to pay a reverse break fee of CDN$5.8 million to Mart.

An information circular regarding the Arrangement is expected to be mailed to Mart shareholders in May 2015 for a special meeting of the holders of common shares to consider the Arrangement scheduled to take place in June, with closing expected to occur in mid-June 2015.