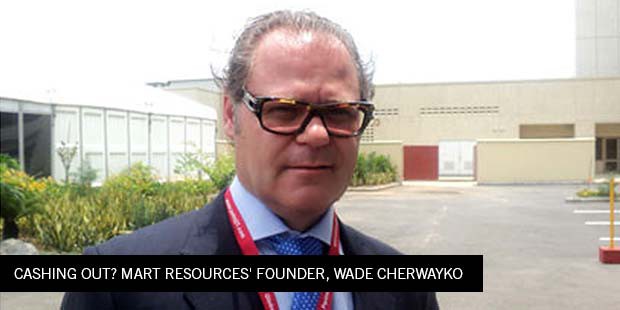 Commences a private placement to finance the acquisition

Nigerian independent Midwestern Oil and Gas, has made an unsolicited bid to acquire the Toronto Listed Mart Resources. The two have thus entered into a letter of intent (LoI), which sets out the intention of the parties, on a non-binding basis, to negotiate and enter into a definitive agreement, according to a statement by Mart Resources. Pursuant to this agreement, “Midwestern would agree to acquire all of the issued and outstanding shares of Mart for cash consideration of CAD(Canadian dollars)$0.80 per common share (the “Proposed Offer Price”) by way of a plan of arrangement”.

Midwestern Oil and Gas and Mart Resources are co-venturers on the Umusadege (marginal oil field) located in the western Niger Delta basin. The field produced 29,000BOPD on January 28, 2015.The two companies are also partners in Eroton, the Special Purpose Vehicle which acquired the 45% equity belonging to Shell, TOTAL and ENI in Oil Mining Lease (OML) 18 for $1.2Billion last year.

Mart reports that the Parties have agreed, on a binding basis, to a period of exclusivity commencing on February 27, 2015 and ending on March 15, 2015 (the “Exclusivity Period”), unless earlier terminated, “during which Mart will not solicit a proposal that might be competitive with the Proposed Transaction and during which Mart and Midwestern will use good faith efforts to finalize the terms of the Definitive Agreement.

Midwestern has agreed to use reasonable commercial efforts to satisfy the Financing Condition on or prior to June 15, 2015 and to keep Mart informed as to the status and timing of the satisfaction of the Financing Condition. Further, the Letter of Intent contemplates that prior to signing of the Definitive Agreement, Midwestern’s financial advisor will provide a highly confident letter acceptable to Mart in respect of the Proposed Financing.

The Letter of Intent contemplates that the Definitive Agreement will obligate Midwestern to provide evidence satisfactory to Mart that written binding commitments have been entered into with investors in the Proposed Financing on or before May 15, 2015 (the “Commitment Date”). In the event such evidence is not received to the reasonable satisfaction of Mart on or prior to the Commitment Date, Mart (i) shall be permitted to provide due diligence access to certain eligible persons which are to be agreed by Mart and Midwestern equivalent to that which has been provided to Midwestern; and (ii) may adjourn or postpone any meeting of Mart shareholders previously called to approve the Proposed Transaction. Notwithstanding the foregoing, the Letter of Intent contemplates that Midwestern shall have the right to satisfy the Financing Condition through to June 15, 2015 and complete the Proposed Transaction in accordance with the terms of the Definitive Agreement.

The Letter of Intent contemplates that the Definitive Agreement will provide for customary deal protection terms and the payment of a customary break fee by each party in certain circumstances to be mutually agreed upon, including in the event that Midwestern does not satisfy the Financing Condition by June 15, 2015.

« African Inspiration Sails into the Gulf Of Guinea
Ghana: MTA Development to Be Submitted in 2015 »