NDPR in Bed with the South Sudanese 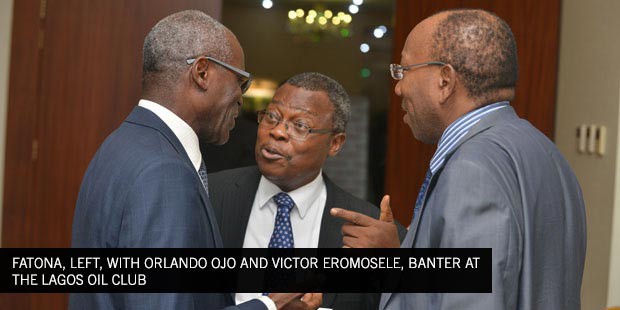 By McJohn Adjoto, in Lagos

Nigerian independent, Niger Delta Petroleum Resources(NDPR), has formed a joint venture with Nile Petroleum Corporation, the South Sudanese state hydrocarbon company.
The agreement for collaboration was signed in 2014, Layiwola Fatona, NDPR’s Chief Executive, told Africa Oil+Gas Report. “I have been to (South Sudan Capital) Juba twice in 2015 alone”.
The priority work of the venture is to “fully monetize and commercialize the entire Gas Reserves of The State of South Sudan”, according to the charter of the agreement. The cooperation between the Nigerian private company and the South Sudanese government enterprise is also to “support Nile Petroleum Corporation to achieve production optimization from all existing brown fields in the country”.
Fatona said that the journey to East Africa is part of the company’s strategic work to build the future of NDPR, the first Nigerian company to officially operate a marginal field.

“We are exporting the (Ogbele development) model to Sub Saharan Africa”, Fatona told a roomful of guests at the Lagos Oil Club Q+A session recently. “We are also investigating opportunities in Uganda”, he said. “The Champion is ready to flourish as a Pan African corporate vehicle for oil and gas regional development”.

The model of Ogbele field development, which Fatona has spoken about at four different forums in Nigeria alone in the last 24 months, is about taking a fallow, neglected, undeveloped discovery estimated at Two Million Barrel of crude (ultimate oil recovery) and creating an integrated oil and gas business out of it, consisting a crude oil production line currently producing 3,900 Barrels of Oil Per Day, a mini refinery delivering 120,000 litres of diesel per day and a gas processing plant outputting 48Million cubic feet of gas every day to the NLNG system.

In between first oil in October 2005 and February 23, 2015, the Ogbele marginal field has yielded “10Million barrels of crude oil, 45Million litres of diesel, largely sold in the domestic market and 19.024Billion cubic feet of gas delivered to the NLNG system”.