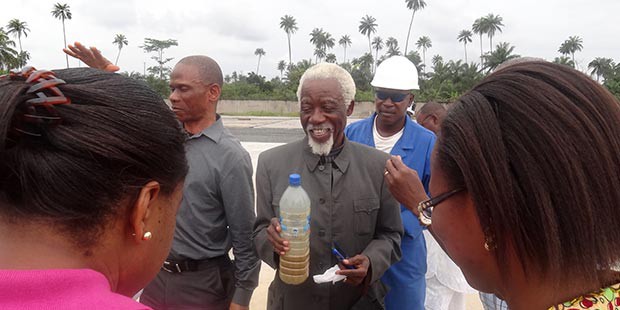 ….says an APC victory would be ‘most uncertain scenario’, but could rein in oil theft and corruption.

Wood McKenzie, the global firm of oil industry analysts, says that a victory by Goodluck Jonathan, the Nigerian president, “ would be the least disruptive for the oil sector”.  In a report that is as much about the impending Nigerian elections (scheduled for kick off March 28, 2015), as it is about post -election oil industry policy, the company says the elections are too close to call, and that a win by PDP will likely come in form of a reduced mandate, which “would increase challenges for the passage of legislation, including the controversial Petroleum Industry Bill (PIB)”.

Woodmac says a victory by the opposition APC would be the most uncertain scenario for the oil sector, both from a security and legislative perspective, as militants of the Niger Delta region may resume attacks “ if Delta-native Jonathan is not returned to power”.

The company argues that an “APC victory would also finally kill off the PIB, and could well herald major changes to how oil revenue is managed. This could be disruptive, risking more bureaucratic delay for investors. It would raise the risk of investigations into PDP-associated firms, as well as state-owned NNPC, and result in changes in personnel within the NOC, as well as the Ministry of Petroleum and the Department of Petroleum Resources. In short, the slow-moving bureaucracy could slow even more, but a new approach could lead to progress on the long-stalled issue of reform”.