DPR Not In a Hurry to Revoke Marginals’ Licences 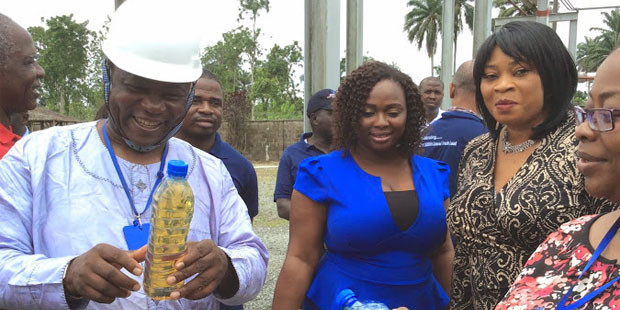 Tsekelewu, Ogedeh and Ororo have been the only fields that have not “sighted” a rig equipment in those 12 years.

Nigeria’s oil and gas regulatory agency, the Department of Petroleum Resources (DPR), is not in a hurry to move against marginal field operators who have been slack in developing their fields.

The agency had set a deadline of March 31, 2015, for all companies who were awarded licences to operate marginal fields in 2003, to perform a reasonable level of development on their fields or risk revocation. That deadline has passed, but the DPR has not wielded the stick.

Marginal fields are essentially undeveloped discoveries, located in acreages held by majors, who consider them rather uneconomic to bring into production. The historic marginal field round of 2003, the only official, competitive marginal field licensing sale, led to award of 24 fields to 31 local enterprises, 24 of them designated operators with seven partners.

The six month long electioneering season has been one reason for the agency to hold action. DPR, on its own, does not carry out revocation; it only advises the minister of petroleum. The Nigerian polity effectively entered into transition mode in the last quarter of 2014. Nigerians completed electing a new set of officials at state and national levels on April 11, 2015. The incoming president, Muhammadu Buhari, is not due to take over until May 29, 2015.

“It will take another three months for a new administration to settle down and look at things like this”, say officials at the agency, who’d rather have their names not mentioned. “Now, revocation is not a priority for us. We prefer engaging the companies and encourage them to implement the work programmes they have presented”.

This statement jars with the tough rhetoric of a year ago, but there are certain issues the DPR itself is wrestling with. Whereas only nine out of the 24 fields awarded in 2003 are in sustained production, the operators of 12 out of the 15 remaining fields have done some work, some of them to quite reasonable degree, to reach first hydrocarbon. In the last one year alone, companies operating Atala and Eremor fields in Bayelsa state, Amoji in Delta State, as well as Dawes Island and Ke Darama in River State, have moved rig equipment to site and in several cases performed tests. Last Christmas, Qua Iboe became the ninth field to get to first oil and Stubb Creek , its neighbour in Akwa Ibom State, is coming close.

Some of the companies that have made much earlier attempts and have been stuck include Sogenal, who ran into serious challenges with developing Akepo field when Vendrezzer, the local contractor handling both platform and pipeline to terminal, went bankrupt. Goland and financing partner Nestoil spent over $40million on Oriri and the well still didn’t get completed. A Canadian partner spent its money to help Associated Oil/Dansaki Petroleum reenter Tom Shot Bank field, but the test results were sub optimal and the company ran out funds.

Sahara Petroleum has not moved to site on its Tsekelewu field in Delta State. Nor has the Guarantee/Owena partnership and Bicta Energy moved to Ororo and Ogedeh marginal fields in all the 12 years they have held the licences.

“With some of these challenges, it remains just two or three companies that have not exactly moved to site. If we revoke their licences, will we be making them scape goats?”, a DPR official wonders.