Does ConocoPhillips Say 525Feet of Gas Is A Dry Hole? 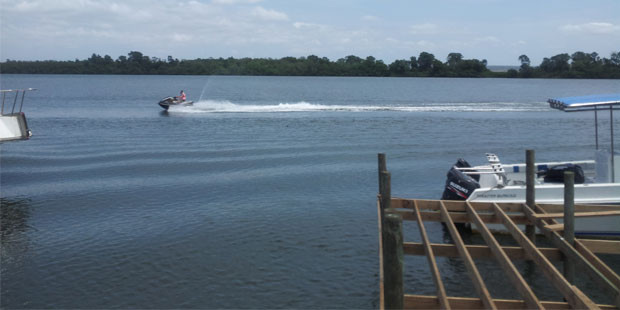 The International Energy Press, led by Oil and Gas Journal(OGJ) has quoted Conoco Phillips as describing a 525 feet gross gas column in the primary objective reservoir in Omosi-1 deepwater well, offshore Angola, as a dry hole.
The well was drilled in water depths between 1,800metres and 2,500 metres. In a widely circulated, widely published press release, ConocoPhillips coupled the results of this well, located in Angola’s Kwanza Basin Block 37, with that of an outright dry hole: the Harrier prospect, which was drilled on Mississippi Canyon Block 118 in the deepwater Gulf of Mexico “and found no commercial hydrocarbons”.

The headline of COP’s press release, on its website, was simply “ConocoPhillips Updates Angola and Gulf of Mexico Drilling Results”. But what came out, mostly in the media, was “ConocoPhillips reports dry holes off Angola, deepwater gulf”.

The company must have triggered off that sensational headline from the part of the press release that reported that “an after tax charge relating to the two wells of $142 million net to ConocoPhillips will be recorded to dry hole expense in this year’s first quarter”
So, in essence, what ConocoPhillips is saying is that a thick gas footage in a frontier African basin ranks the same as a hole with no hydrocarbon at all, in the Mississippi Canyon?.

In a six month season that has witnessed three dry holes offshore Angola, a 525 feet gross gas column is a bonus. Angola has an LNG project and is in dire need of gasfired electricity generation. Makoji Aduku, a former ConocoPhillips Manager in Nigeria, supports his former employers. “From where I am sitting there’s no likely crude oil development associated with the discovery”.  He then adds, “What do you need about 180 metres of gas in an exploration environment that water depth anyway?”

ConocoPhillips’ lamentation about the Omosi-1 well can be viewed in the context of the cheerfulness with which Kosmos Energy announced the results of Tortue-1 off Mauritania, which “has intersected 107 m (351 ft) of net hydrocarbon pay”. “The company calls it “play-opening gas discovery”.

Tortue -1 was drilled in a water depth far deeper than Omosi-1: 2,700 metres of water. Kosmos, a much smaller company than ConocoPhillips, the world’s largest independent, says: “A single gas pool was encountered in the primary Lower Cenomanian objective. Volumetrically, the Tortue-1 well has far exceeded our pre-drill expectations and has discovered a large scale gas resource. Our seismic imaging indicates the areal extent of Tortue West could cover approximately 90 km2 that will be better defined with appraisal drilling.”

To think of it: Mauritania is more of a frontier than Angola. It doesn’t have much developed hydrocarbon infrastructure. What’s intriguing, for all these, is to call a well that intersected 525feet of gas a dry hole, in the year 2015, right in the era generally described as the age of gas.
.