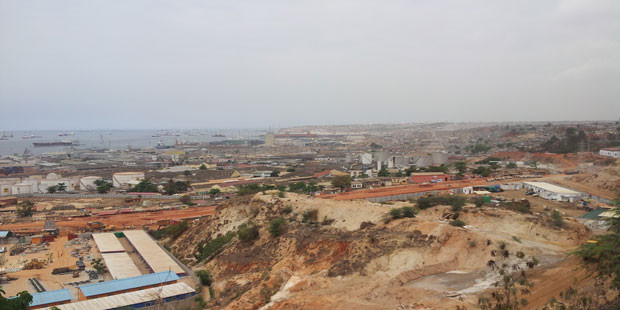 Vaalco, the American junior explorer, is so disappointed with the result so far in the post-salt Kindele-1, its first exploration well on Block 5 offshore Angola, that it has declared its  “earlier plans to drill to 2,250 metres for geologic and geophysical correlation will not be undertaken”.
The well has been drilled to a total vertical depth of approximately 1,829 meters.  The objective reservoir, the Mucanzo sand formation in the Pinda Group section, was found to be water-bearing. Vaalco decided to plug and abandon the hole.

Steve Guidry, Chairman and CEO, commented: “We are disappointed with the outcome of this first well drilled offshore Angola.  The well targeted a three-way fault closure where the fault appears to have not provided the required lateral seal.  The Mucanzo target sands were present and of a very high quality.  We did find non-commercial hydrocarbon shows higher in the Pinda Group, in the overlying Catambela formation, indicating we were in a proven hydrocarbon system.  Overall, we remain optimistic about the additional prospects and leads, both pre- and post-salt, on the block.”

VAALCO, together with its working interest partner, Sonangol P&P, entered into the Subsequent Exploration Phase (“SEP”) on Block 5.  Under the SEP, VAALCO and Sonangol P&P have committed to drill a total of four exploration wells during the exploration extension period, which expires in November 2017. The four-well obligation includes the original two-well commitment under the primary exploration period that carries over to the SEP period.

VAALCO has recently completed the seismic processing of over 2,025 square kilometers of 3D data in the outboard portion of Block 5.  The Company has already identified several new pre-salt and post-salt leads as future exploration targets to be evaluated on Block 5.