‘Who on earth is Toyin Akinosho?’ 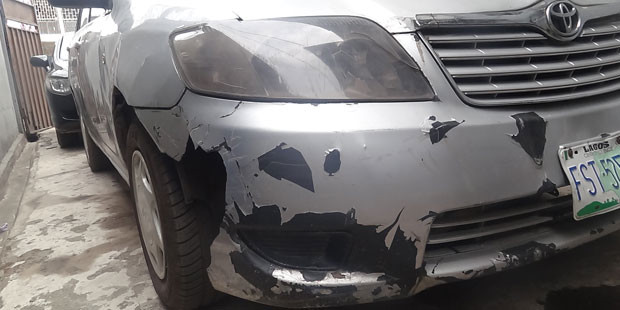 ‘I told them that I don’t know who Toyin Akinosho is; that I have never heard that name in my life before’

This is not a screenplay.

Perhaps the key character in the narrative would have wished it was one – for a Nollywood flick with the title Your Oga or Your Life or The Lucky Escape or the like.

Mumuni (not real name) is the driver of the Publisher of Africa Oil and Gas Report, Toyin Akinosho.

On the morning of 20 March, before boarding a flight to Abuja, Akinosho gave Mumuni N5,000 to buy fuel for the generator at his residence at Lekki, on the outskirts of Victoria Island, Lagos. That was what took Mumuni out of the house at about 7 O’clock that evening.

He had not even got to the neighbourhood filling station (on Admiralty Way) when the drama started.

Mumuni takes over from here: “As I came out from our street to enter Fola Osibo Street I saw a white Hilux (mini truck) following me. I wanted to branch into 31 Road but because they were still following me, I decided to go straight. But they still followed me to 41 Road. At 41 Road, there is a junction that you can branch from, to Ikoyi or to the (exit) gate. It was at that spot that they blocked me with their car and stopped me. They came down and were asking me ‘Where is Toyin Akinosho?’ and I told them that I don’t know who Toyin Akinosho is; that I have never heard that name in my life before. I also told them that (the) publisher’s car is my personal car and that the name Toyin Akinosho does not ring a bell. It was at that point that they returned into their vehicle and drove off.”

Mumuni recalled that the suspected assassins were five.

He continued the narration:“They entered their car and I kept moving because I thought it would be unwise for me to go back home right away. As they moved, they were moving slowly and then later turned to the roundabout that leads to Ikoyi; but I went straight to gate. But as I looked into my side mirror, I saw that they were still following me and I thought to myself that if I went home, they might still trace me to the house to know where we were staying. So, I went straight and bent towards Four Points (By Sheraton Lagos hotel) area. The car has an e-tag (pre-paid toll identification) so I just passed the toll gate but it was like they paid and were delayed a bit. But the traffic light stopped me; it wasn’t up to one minute that I was at the traffic light that I saw that they were coming but then, the light passed me so I drove off. I passed in front of Four Points and followed Ajose Adeogun Street. On that street, there is a club that Oga goes to. It was there that they caught up with me and rammed my car by the side and I ran into a culvert and the bumper was damaged.”

What happened next? “Then, one of them came out of the car and slapped me on my face and said, ‘We are asking you for the last time, where is Toyin Akinosho?’ I told him that I don’t know the person who bears that name. On hearing that, another one said to me: ‘I can waste you o’ but I told him that if he wanted to kill me, he should do so, but I insisted I neither knew Akinosho nor ever heard of his name. Then they left me there and entered their vehicle and left. People that were around there started coming out to assist me drag the car off the culvert.”

But the saga didn’t end there. Mumuni decided to sleep in the car where the incident happened on Ajose Adeogun because the impact on the steering affected its controlling mechanism. He chose the option of sleeping in the car because “we had recently bought two new tyres and I didn’t want them to loosen the tyres at night because that place is usually lonely and quiet at night before day-break.” Apart from the tyres, Mumuni thought that the battery could also be stolen. “Whatever happened would still be on my head,” he said, not giving a thought to the danger he exposed himself to. “I know that it is not worth my life, but I just can’t leave the car there,” he reasoned.

Something happened during the small hours.

The men were back. There’s this line in Ian Fleming’s Goldfinger: “Mr Bond, they have a saying in Chicago. ‘Once is happenstance. Twice is coincidence. The third time it’s enemy action.”

Yes, this time, it was “enemy action” or an action that suggested that the suspects were not friends.

“As I was sleeping in the car, around 2am,” Mumuni continues, “they came to meet me and used the edge (barrel) of a gun to wake me up. They then collected my phone and the N7,000 that I had on me and left saying that since I did not want to say the truth, they’d go with those.”

Mumuni has a theory: “It was like they went to check the (Contacts on my phone) whether they would see Oga’s name on my phone but I saved Oga’s number with the name ‘MAE’”

“Nothing,” said Mumini, who is from ….., explaining, “I just saved it as such because to spell his name, Toyin Akinosho Alfred, is difficult for me.”

His theory could be right. “Around 5 a.m, they came back and dropped the phone on my body. I was even asleep then but I felt something drop on my chest as they threw the phone at me.” After he was threatened with the gun, Mumuni, somehow strangely,  decided to sleep atop the booth instead of inside the car where he had first slept. “That was where they came to give me back the phone and told me that I was lucky,” he stated.

Soon after he was rammed into the culvert, Mumuni had called Akinosho to narrate the incident. The latter advised him to “be careful.”

He has been grounded since then.

Now, who were The Five working for? Lingering question.