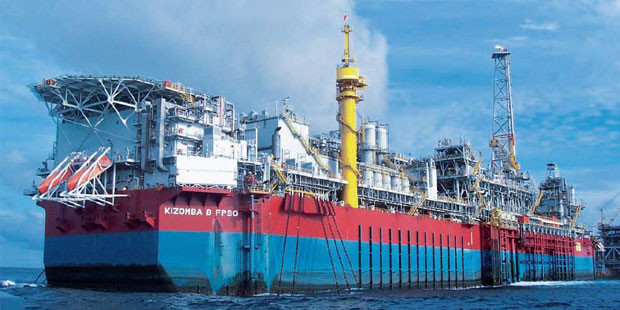 ExxonMobil’s newly commissioned  Kizomba Satellites Phase 2, in Block 15, offshore Angola will add 70,000BOPD to Angolan production at its optimum delivery.The company itself did not disclose the project’s start- up daily production in its April 30, 2015 press release. It simply said that: “project is expected to increase total daily Block 15 production to 350,000 barrels”.

Block 15 production has hovered between 260,000BOPD and 270,000BOPD this year, according to Angola’s ministry of finance data.
Esso Angola is the Angolan subsidiary of ExxonMobil which operates Block 15. “ Kizomba Satellites Phase 2 is a subsea infrastructure development of the Kakocha, Bavuca and Mondo South fields”, the company’s release states. “Mondo South is the first field to begin production, and the other two satellite fields are expected to start up in the coming months.

“The project develops approximately 190 million barrels of oil with peak production currently estimated at 70,000 barrels of oil per day”.
The project optimizes the capabilities of existing Block 15 facilities to increase current production levels without requiring additional floating production, storage and offloading vessels (FPSOs). The Mondo South field is being developed with tiebacks to the Mondo FPSO, while the Kakocha and Bavuca fields are being developed with tiebacks to the Kizomba B FPSO.