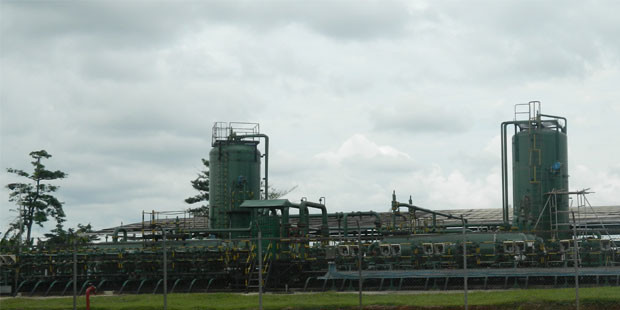 Seplat Petroleum has shut down fields located in its three operated acreages in the Western Niger Delta, Nigeria’s sole oil producing basin. Nigeria’s largest indigenous private E&P firm had no production in its flowstations at Oben, (OML 4) Amukpe (OML 38) and Sapele (OML 41) in the last week of April 2015 and for the first six days to May 5, 2015.

Vandalism of the Trans Forcados pipeline is the reason, the same as it was in the last days of December 2014 through the first week of January 2015 as well as in the first week of March. A leak occurred due to sabotage on the Odidi axis of the TFP, the route to Shell’s export terminal in Forcados.

Three other Nigerian Independents, including Shoreline Resources (OML30), Neconde (OML 42), and First Hydrocarbon Nigeria FHN (OML 26) have reported zero production in the past 10 days. The vandalism affected Shell’s fields in the western Niger Delta, but the state hydrocarbon company NPDC is the biggest loser, with at last 100,000BOPD net equity production shut in.
Pillar Oil, Midwestern Oil & Gas, Platform Petroleum and Energia also transport their crude through the TFP. Although they have alternative routes through the ENI operated pipeline to Brass, their production is impaired by challenges at the TFP.

“Clamp was installed and tightened at the leak point at Odidi axis”, according to sources at the Department of Petroleum Resources. “A new leak point has been discovered at some distance away from the clamped point”.