‘It’s Our Best Month So Far’-Waltersmith 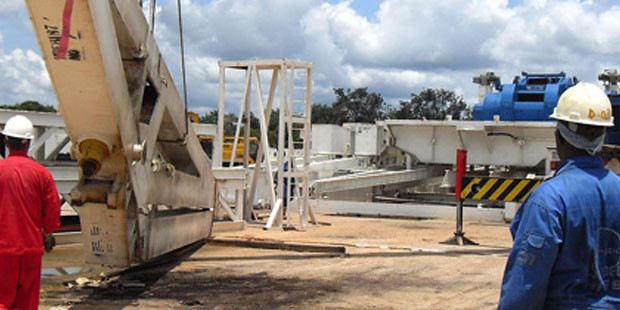 To commence three well drilling campaign with Chinese (HPEB) Rig…. Received approval for Refinery FEED
Nigerian minnow, Waltersmith Petroman, reports that April 2015 was the company’s best performing month in terms of crude production. There was no disruption in the Trans Niger Pipeline, which evacuates crude from the company’s Ibigwe field in the east of the country. “Our average for the month was around 4,000BOPD”, says Abulrazaq Isa, the company’s executive chairman. “There was not a single day of downtime”.

Waltersmith is one of the 31 Nigerian companies awarded 24 marginal fields by the Nigerian government in 2003. It commenced production on the Ibigwe field in 2008, the second marginal field operator to get to first oil (after Platform Petroleum).

Like most companies operating onshore Nigeria today, Waltersmith has had challenges with incessant vandalism of crude export pipelines. In March 2015, its production was disrupted for two weeks. This, ironically, makes the good tidings of April 2015 to stick out like a wrong data point.
Waltersmith had decided, on account of frequent vandalism, to construct a topping plant with the capacity to refine 5,000BOPD of crude.

The company received government’s nod to proceed to Front End Engineering Design (FEED) stage. “We hopefully should be done by about three months”, Isa says, “FEED is the requirement for approval to construct”.

The company is returning to drilling and direct well services. It plans to embark on the third phase of field development, involving two workovers, three new wells and completion. It will cost $60MM. Waltersmith will be using the services of a rig belonging to HPEB, a subsidiary of Sinopec. The business development partners of HPEB in Nigeria is Tasaniola

The last phase of the Ibigwe Field development, conclude in 2013, involved the investment of $180MM in a five well drilling and one workover campaign, plus the commissioning of a 15,000BOPD flow station, with debt funding. The financing of third phase is however with cash reserves and cash flow. “No debt financing for this drilling campaign”, Isa declares.

« Five Nigerian Companies, With Shell, Shut Down Fields, Again
Seplat Says Its ‘Pioneer Status’ Has Been Good For the Nigerian Economy »