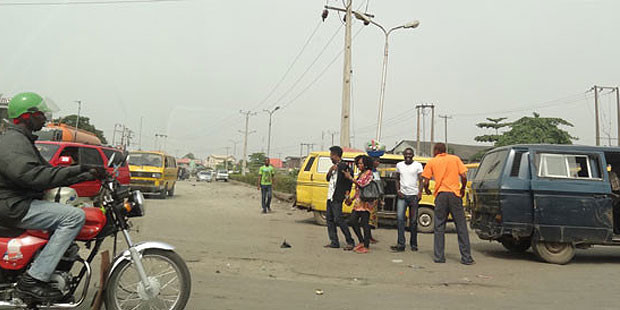 With the 500,000BOPD Dangote Crude Oil Refinery expected on stream by 2018, Lagos will be hosting a significant oil- to- product factory located on its eastern flank. But the hope that Nigeria’s major commercial port city and financial centre will also become an upstream oil and gas hub, looks to be on hold.

The two projects that were expected to drive that ambition seem uncertain to go forward at the moment.
Afren, the London listed  operator focused on Nigerian activities, is the lead technical partner in OML 310, the Oil Mining Licence that contains Ogo-1, the basin opening discovery located directly south of Apapa, the country’s busiest port. Afren is also the most technically experienced partner in the consortium that controls the Aje field,  a gas field with some oil offshore Badagry, in the Western flank of Lagos.

Afren was enthusiastic about Ogo-1 early in 2014, months after its discovery and with the claim that it held 774Million barrels of gross recoverable resources (two thirds of which Africa Oil+Gas Report believes to be gas). The company hinted at the possibility of an Ogo-2 well after seismic acquisition and interpretation (still ongoing). But with its current financial challenges which are deeper than having to deal with lower oil prices, Afren will not be drilling an appraisal well on the Ogo structure in 2015 and the company is not in a psychological frame to deal with an exploratory programme now.

“Various funding options are being investigated for appraisal drilling”, the company states glumly in its report. “Post period end, Afren has instructed NSAI to commence the preparation of a Competent Person’s Report for OPL 310 incorporating the new block wide seismic data, once the processing has been completed”. That’s all.

No clear line of sight to a definite programme. Lekoil, the other partner in the block with some financial capacity, is tied up with developing the Otakikpo (marginal) field, and doesn’t have extra cash for Ogo. The third partner is Optimum Petroleum, the lease holder who has had this asset for decades, and had been clueless what to do with it until Afren and Lekoil showed up in 2013.

Afren has the same challenge with Aje field, which is even nearer terminal than Ogo. Just last October, Afren with the JV Partners on OML 113 (the acreage containing Aje) sanctioned the Final Investment Decision “for the first phase of the Cenomanian development in the Aje field that will include two subsea production wells tied back to a leased FPSO”.

But Afren defaulted on its cash call in the first quarter of 2015 and while the second quarter has not run its course, the company’s statement in its 2014 annual report, released May 22, 2015 is not optimistic.  “In respect of our commitments this year, Afren will continue to review its work programme in light of its funding position and the impact of low oil prices, at the same time as seeking alignment with host governments and JV Partners on the timing of work programmes”.

The other partners on the OML 113 are Yinka Folawiyo, acreage holder and operator, Energy Equity Resources (EER), New Age, Panoro Energy and Jacka Resources, none of which has operated any asset, nor delivered any production, anywhere in the world.