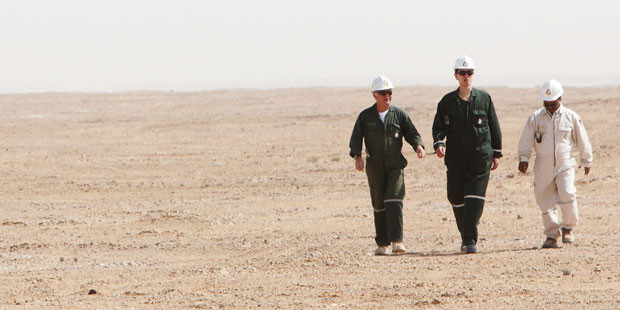 Ophir Energy says that falling oil prices have pushed down the costs of oilfield services. “Service costs have fallen significantly and we expect this trend to continue”, the company says in its annual report. The London listed explorer is selectively exploiting this shift in the market: “seismic costs have now dropped to a third of 2014 prices and we commenced 3D acquisition in Myanmar in February 2015, where we have been able to triple the size of the survey for the same cost as originally budgeted”.

Wood Mackenzie, the industry intelligence firm, counsels that the pattern will soften the blow of budget cuts that are set to average 30% across the industry in 2015. “Company announcements of cuts, in particular those from Cobalt, Ecopetrol, Tullow and others that plan to slash investment by more than 70%, may give the false impression that exploration everywhere will grind to a halt”, Woodmac says in an intelligence note.

Those that hold exploration spending flat or make only modest cuts, such as BG, Chevron, Shell and Statoil, could yet achieve ‘more with less’. “The time is right for strong explorers to be counter-cyclical and increase their drilling in high-impact plays. Whilst overall well numbers will dip this year, it explains, it expects recovery in 2016 as many explorers seize their chance to drill at lower cost”.

The consultancy says that only about half of these gains will be enjoyed during 2015 as contracts unwind and operators take time to adopt new practices. We expect the full benefit during 2016, unless oil prices recover quickly. Deflation at this rate could allow any companies that hold spending flat into 2016 to fund 50% more exploration versus 2014. Even those with cuts of around the average 30%, such as Anadarko, ConocoPhillips, Hess and TOTAL, may see their 2016 activity bounce back to 2014 levels.

“Prior to the recent oil price falls, some of the strongest service sector margins had been among drilling and seismic contractors. Exploration-focused contractors should therefore be able to reduce their prices further and quicker than relatively less profitable general oilfield service providers. Exploration cost deflation will thus exceed equivalent falls in costs of development”.

Editor’s note: All these analyses may be upturned if oil prices suddenly show an upward swing and return close to, or exceed $100 by the end of 2015. The OPEC Basket Price of crudes has seen a steady rise since mid-March 2015 and was at $62.5 on March 5, 2015