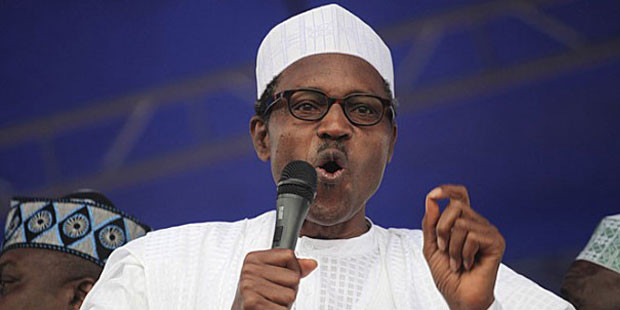 Can Nigeria’s new C-IN-C Dismantle the Architecture He helped Create?

Muhammadu Buhari’s assumption of office as president of Nigeria on Friday, May 29, 2015, is a historic statement in the context of the hydrocarbon sector, the country’s economic mainstay.That the new president is being ushered into position in the midst of a petroleum product supply crisis is instructive; he will have to deal immediately with the current architecture of state control of the industry, whose creation he was a witness to.

Sometime in 1983, the NNPC took over the only refinery in the country that was not under state control: the Shell owned 60,000BOPD refinery in Port Harcourt.

Between the General’s take over by military coup on the eve of 1984 and his ouster in August 1985, the Nigerian state was in full control of all of the crude oil refining in the country: 270,000BOPD capacity. It was all so very well at the time; the state was meant to drive “the commanding heights” of the economy.

In the thirty years since then, a new country has grown; the population has more than doubled, demand for petroleum products has surged and the refineries have been run aground. In spite of nameplate capacity of the Warri, Port Harcourt and Kaduna refineries shooting up to 445,000BOPD, Nigeria imports several times more petroleum products than it produces: “in 2011 as much as 76% of aggregate demand was imported”, notes a task force set up by the outgoing Goodluck Jonathan government to review the state of the country’s refineries and suggest a makeover.
“Our refineries have operated at an average capacity utilization of about 20%, placing Nigeria at the bottom of the ladder among African refineries”, the task force submitted, in the November 2012 report, anchored by Kalu Idika Kalu, a World Bank alumnus and former Minister of Finance. “In the last 15 years they have not been able to refine the designed quantities of petroleum products. They have not operated as performance-oriented businesses and are plagued with severe plant maintenance and integrity issues, as well as irregular crude supply and products evacuation”.

Refineries are not just about petroleum product supply and demand, they speak to the idea of industrial growth, argues Joe Ejedawe, former regional geologist at Shell and now an earth science consultant at Ciscon Services, an oil field services provider, “Manufacturing is key to growing an economy”, he contends, “and if you have crude oil and 170 million people, those two resources should form an easily harnessed opportunity for industrialization”.
“You develop chemical engineering capacity, process engineering capability and other capacities in the course of building optimal crude oil refining capacity in the country at large”, concurs Ebi Omatsola, former Chief Geologist at Shell and the leading oil exploration thinker on the continent. “Those skills can be utilized in other areas of the economy”.

Private sector players have largely stayed away from investment in crude oil refining, because of “the uniform and regulated pricing policy of the government for petroleum products”, the task force report explains. “It is also believed to be substantially responsible for waste, distortion and corrupt practices in the industry”.

There have been a few brave hearts. In December 2011, the Niger Delta Petroleum Resources, a relatively small Nigerian independent, established the first topping plant in the country and the only refinery built since the late 80s. The facility converts 1,000 barrels of crude to 120,000 litres of diesel every day.

In late 2013, Aliko Dangote, the country’s richest tycoon, announced plans to construct a 400,000BOPD refinery and petrochemical plant. A year later, he upped the proposed input capacity to 500,000BOPD, saying the increase would enable a doubling of the planned polypropylene output from 750,000Tonnes Per Annum to 1.5 Million Tonnes Per Annum. Refinery products will include 7.684 million metric tonnes per annum (MTPA) of gasoline, otherwise called premium motor spirit (PMS); about 5.30 million MTPA of automotive gas oil (AGO) or diesel; about 3.740million MTPA of Jet Fuel/Kerosene; about 0.213million MTPA of liquefied petroleum gas (LPG), and about 0.625million MTPA of slurry/fuel oil.

Omatsola calls for an aggressive implementation of a policy that nudges all crude oil producing companies, foreign and local, to refine 50% of their crude output locally. “It requires deep engagement and you have to dangle the carrot”. But the scepter of regulation hangs in the air. The NDPR crude-to-diesel plant has been achievable because the supply of diesel is deregulated. And there have been arguments about how Dangote’s refinery would work in the context of a regulated supply of PMS and Kerosene.

The only certain answer is: with such a large capacity, the Dangote refinery will sell its products wholesale at market determined rates to the same marketers who are currently importing. Those marketers will sell to the public at regulated prices and receive subsidy payments (the difference between the market determined rates they buy at, and the regulated pump price).

The subsidy payments have however been avenues for corruption. Still, there’s always uproar whenever the Nigerian government moves to deregulate the prices of these products, because deregulation is always interpreted to mean higher pump prices.
The Refineries Task Force wants the government to push through a price reform, deregulate the market and move crude oil refining away from the control of the state.

“The most pivotal of the root causes is that the current ownership structure and business model have failed to adequately provide for the safe and efficient performance of the refineries”, the report asserts.  It recommends “ divesting a majority of NNPC’s 100% equity to competent, resourceful and experienced refining private partner(s)”.

“This privatisation process should be accelerated in an aggressive but workable time-frame, which should culminate in the transfer of majority ownership and operatorship of the refineries to experienced and capable partners within 18 months”. Privatisation of the refinery should proceed only after full deregulation of prices, which should “be subject to putting in place adequate palliatives to ameliorate the attendant social and economic burden on the populace”.

A key challenge of the product market is the NNPC network of crude oil supply and products distribution infrastructure, which is “in very dilapidated state, leading to highly disturbing capacity and material losses”, the task force laments. “Similar to the refineries, this deplorable situation is also attributed to a combination of inappropriate ownership structure, poor business model and maintenance neglect, as well as rampant breaking of pipelines by thieves and vandals”.

The Task Force recommends that a new company, independent of NNPC and operating commercially, should be established to take over the assets and operations of PPMC. The new company will be expected to concession various aspects of the pipeline, depot and terminal operations to franchisees.   “In the long term, consideration should be given to privatization of the network in such a way that strategic national interest is protected while attracting adequate investment funds for necessary rehabilitation and upgrade of the facilities and enhancing operational efficiency.

Exactly the same month, thirty nine years after he was appointed the country’s oil minister, Nigerians elected Buhari, a retired general, as their new President, on the platform of change. He is expected to dismantle the architecture of state control of the downstream sector of Africa’s potentially largest oil industry, which he helped create.

This piece is a slightly updated version of the article that was published in the March 2015 edition of the Africa Oil+Gas Report, print issue.

A fuller report of The National Refineries Special Task Force set up by the Nigerian Ministry of Petroleum Resources is obtainable, elsewhere on this website.