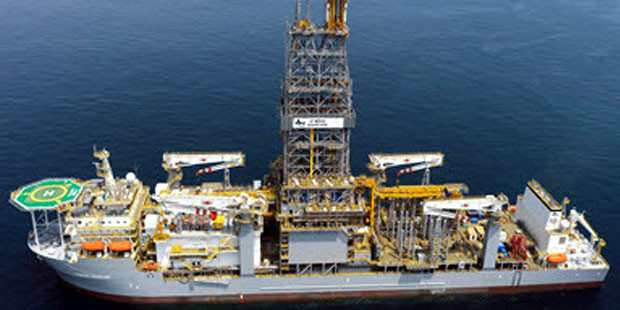 American minnow Kosmos Energy encountered more gas as it drilled below the primary objective in Mauritania’s Tortue-1 exploration well, where it had already struck a rich gas seam. “Based on the preliminary analysis of drilling results, Tortue-1 in Block C8 offshore Mauritania, intersected approximately 10 metres (32 feet) of net hydrocarbon pay in the lower Albian section, which is currently interpreted to be gas”, the company declares. “This is in addition to the previously announced 107 metres (351 feet) of net pay encountered in the Cenomanian, which was the primary objective”.

The well was drilled beyond the primary objective to obtain deeper stratigraphic information and enable seismic calibration of the Albian, which will be tested in subsequent wells. Down to total depth drilled, no water was encountered in the well.

Located approximately 285 kilometres southwest of Nouakchott in 2,700 metres of water, and drilled with the Atwood Achiever drillship, the Tortue-1 well was drilled at a total cost of approximately $125 million to a total depth of approximately 5,100 metres. The Tortue discovery area has also been renamed Ahmeyim. Kosmos currently owns a 90% interest in the Ahmeyim discovery, along with Société Mauritanienne Des Hydrocarbures et de Patrimoine Minier (SMHPM) at 10%.