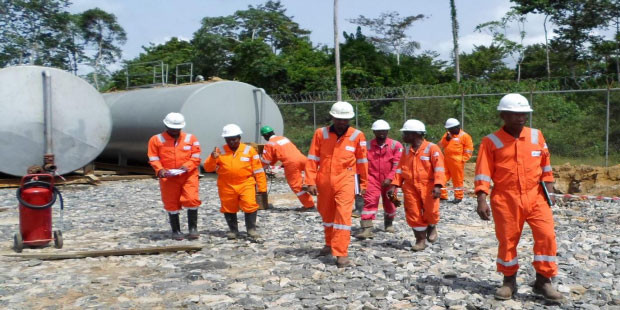 By Fred Akanni, Editor
With its purchase of 40% of Eroton, Sahara Group  effectively owns 18% of the Oil Mining Lease (OML) 18.
Sahara bought into Eroton as that company finalized its purchase of the 45% equity in the asset belonging to Shell, TOTAL and ENI.
Eroton is a special purpose vehicle set up for the purpose of that purchase. It is made up of Midwestern Oil and Gas, Mart Resources and Suntrust, the only non- Nigerian of the trio being Mart Resources. That transaction was $1.1Billion, though it is unclear how much exactly Sahara Group, led by Tonye Cole, a serial entrepreneur, paid.

OML 18 is the second most prospective of the four acreages that Shell and Co divested from between 2013 and 2015. It holds 1.5BBOE (Billion Barrels of Oil Equivalent) as remaining reserves, according to Shell. In 2012, its production averaged 21,000BOPD from six fields, with 12MMscf/d of gas. Shell’s forecast is that it can deliver up to 90,000BOPD oil and 220MMscf/d of gas in the fifth year of an aggressive redevelopment by the new operator.

With significant shareholding in OML 18, Sahara Group announces itself as a key, Nigerian upstream player. After establishing  itself downstream as both petroleum product and crude oil marketer as well as Electricity generation and distribution firm (it is co-owner of the Egbin Power Plant and Ikeja Distribution Company), Sahara could almost claim it was an integrated energy services provider. But the upstream bragging rights were missing.  The Group was involved in two expensive dry holes as a partner to BG in deepwater assets and has failed, spectacularly, to operate its marginal field Tsekelewu since 2003.

In 2014, it got aggressive, drilling three wells in the Oil Prospecting Lease (OPL) 274 in northwestern Niger Delta, a result of which it is currently carrying out an extended production test on the Oki field, preparatory to first oil from the field sometime before the end of first half 2015.
In effect, OML 18 is Sahara’s breakthrough into the upstream league.