Natural Gas Will Challenge Oil’s Monopoly as a Transportation Fuel 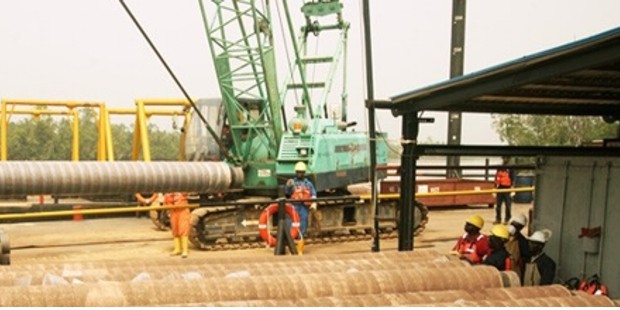 Greater use in transportation could displace more than 1.5 million barrels per day of oil demand by 2030.

A combination of drivers—environmental, technological and commercial—will drive greater adoption of natural gas in transport, the study says. The highest level of adoption will be in high-fuel consuming applications such as trucks and ships.

“The fall of oil prices has diminished much of the glow from what was an overly optimistic market opportunity for natural gas in transportation,” said Michael Stoppard, chief strategist for global gas — IHS Energy. “Nonetheless, the shift to greater use of gas in trucks is set to continue.

bwecIt is widely accepted that power generation is the primary growth market for natural gas demand, but gas as a fuel offers a new market with potentially more value.”

The study says that worldwide oil consumption in trucks is almost as high as in cars but notes that it is often more economic for truck fleets to switch to alternative fuel sources. Truck fleets have a relatively quick turnover which could lead to faster adoption of new technology.

IHS forecasts that gas demand in trucks will reach 81 BCM by 2030 and be split between LNG and compressed natural gas (CNG). An additional 17 BCM in LNG demand is expected to come from ships by that same year. LNG demand in the truck and marine sectors is expected to account for 10 percent of all globally traded LNG at that time.

“At a time of abundant LNG supply in search of insufficient markets, this extra demand could be critical for mitigating oversupply. Companies will need to adapt their business models to take advantage of the market opportunity,” said Rafael McDonald, the study’s project manager.

The study examines the impact of lower oil and fuel prices on the adoption of natural gas. Utilizing a detailed analysis of IHS Automotive data of global truck fleets, it finds that lower oil prices may slow adoption in the short term but unlikely to halt it. Much of the “launch pad for expansion” such as critical infrastructure is either in place or close to being in key markets such as the United States and China, awaiting a rebound in diesel prices, the study notes. China, the world leader in LNG-vehicle adoption with annual sales orders of magnitude higher than in any other market, will remain critical to continued growth.

While the growth outlooks for gas demand in fuel are strong globally, the study does find big differences between drivers and outcomes in key regions. However, in all regions the tax treatment of fuels will be critical in determining consumer choice especially as oil prices fluctuate, and a minimum level of fuelling infrastructure is essential to jumpstart adoption, the study finds.

The IHS Multi-client study report LNG in Transportation: Challenging Oil’s Grip was conducted between September 2014 and March 2015. Parts of the study including key results for gas demand will be officially presented on Wednesday, June 3 in Paris at the World Gas Conference (session PGCD.2) by Michael Stoppard, chief strategist global gas — IHS Energy.