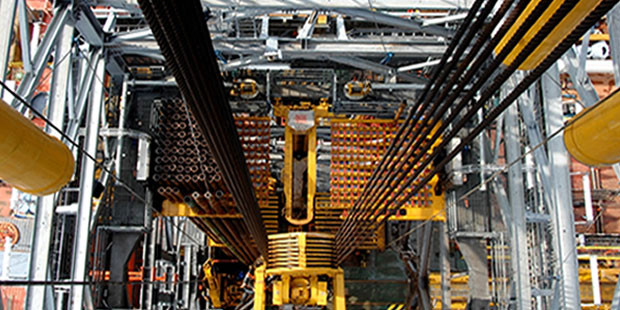 Imomoh delivers a tearjerker of an address at the AGM

Afren recorded a loss after tax of $1,651 billion in the year ended 31 December 2014, “mainly due to a reduction in revenue given the fall in oil prices, a material impairment charge of $1,112 million in respect of the carrying value of the Company’s production and development assets and the impact of the curtailment of future capital expenditure on our exploration”, company Chairman Egbert Imomoh said yesterday.

Mr. Imomoh made the statement at the company’s first annual general meeting since the yearlong crisis, minutes before he announced he and all other members of the board would be stepping down.

He painted a picture of a difficult paddle against overwhelming currents, a battle that is far from being decisively won.“Just over a year ago when I spoke at the last AGM, little was I aware that of what the year held in stock for us”, Imomoh, a former deputy managing director of Shell Nigeria, who was present at Afren’s creation 11 years ago, explained.

“The events that have radically changed our Company commenced when the Board discovered that our former CEO, Osman Shahenshah, and our former COO ShahidUllah had received payments undisclosed and unknown to the Board. They were immediately suspended and following a very thorough investigation of the situation their contracts with the Company were terminated.

This necessitated Toby Hayward stepping in as the interim CEO and me as executive chairman whilst we commenced the search for a new CEO”.

Mr. Hayward did not put himself up for re-election at the AGM, neither did Imomoh, Patrick Obath, Sheree Bryant and Iain McLaren. David Frauman, a lawyer who has been consultant to Afren through its recent restructuring, will become non-executive chairman with immediate effect, and he will be joined on the board by recently appointed chief operating officer David Thomas.

“In response to the very adverse situation that developed, the interim management took decisive action in reviewing our capital structure and operating/capital expenditure”, Mr. Imomoh told the shareholders. “We took the strategic decision to concentrate on the lower cost production capacity in our Nigerian portfolio. We are focused on delivering on this strategy, and have therefore lowered our full 2015 capital expenditure to US$0.4 billion. We are confident that, in conjunction with our proven operational capabilities, the strategy will create value for all our stakeholders in the near future”.

The 11 month long crisis has threatened the viability of Afren as a going concern. Options for the company’s survival have ranged from outright take over by Nigerian independent Seplat to spin off of the company’s Nigerian subsidiary First Hydrocarbon. In the end, Afren opted for significant financial restructuring which will, in effect, leave the company in the hands of the bond holders.

Mr. Imomoh insisted that the tide was about to turn. “In the first quarter of this year Afren achieved an average net production of 36,035 BOPD, which is above our guidance range of 23,000 – 32,000 BOPD for 2015. The Company delivered revenue of $130 million and operating cash flows before movements in working capital of $59 million, down from $269 million and $169 million respectively in Q1 2014.

The fall in revenue was due to a lower realised oil prices and production liftings from Ebok utilised to settle a net profit interest (NPI) liability which is part of the agreement”.

He was delighted, he said, “to welcome Alan Linn as the new Chief Executive Officer. His proven turnaround experience and excellent grasp of operational matters will be invaluable. He has a firm vision of where he wishes to take the Company.

We have also recently appointed Dave Thomas as our COO and proposed new executive director, who has significant executive and operational experience in the international oil and gas industry.  I would also like to thank Toby Hayward for his steady leadership in adverse circumstances”.