Constable Will Hand Over Sasol In 2016 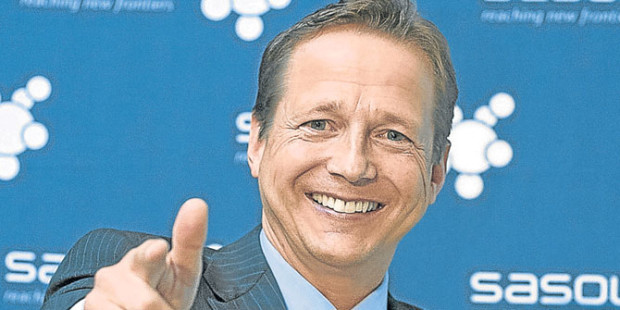 Sasol president and CEO David Constable has decided not to extend his contract of employment with the company, which expires on May 31, 2016, for a further term beyond June 30, 2016 – the company’s financial year-end. Sasol’s board says it has a “detailed” succession plan and structured process in place for the position of the president and CEO of Africa’s largest homegrown publicly listed company.

“When David was appointed in 2011, he prioritised a reduction in organisational complexity and drove an ambitious growth programme. Coupled with global socio-economic challenges, we required a leader with a long-term view to ensure the Company´s sustained competitive advantage,” says Mandla Gantsho, chairman of Sasol´s board of directors With the board´s support, Mr. Constable initiated an extensive business performance enhancement programme, and drove the Company´s growth ambitions in Southern Africa and North America.

To support Sasol´s mega-projects, the board has agreed that a special advisory services agreement be entered into with Mr Constable for the 2017 financial year.

Gantsho adds in a press statement that with twelve months at the board’s disposal, “ I´m confident that the groundwork we initiated some time ago will enable the board to identify and appoint an accomplished leader who is best-suited to take Sasol to the next level. Further announcements in this regard will follow in the new financial year.”