George Osahon Bows Out of DPR 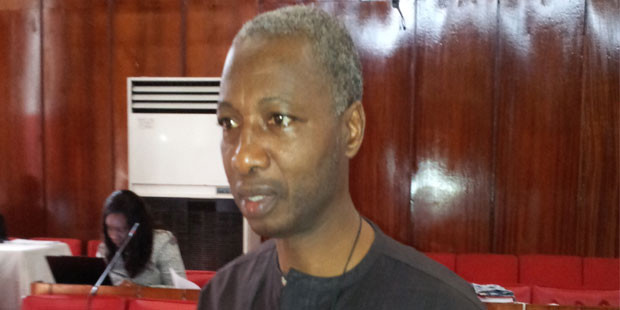 George Abiodun Osahon has turned in a letter, giving notice of the expiry of his two year tenure as Director of the Department of Petroleum Resources (DPR). The department is the regulatory agency for upstream, midstream and downstream activities of Nigeria’s oil sector.

Mr. Osahon, 62, was appointed to the position on Wednesday, June 19, 2013 for a renewable two year term. He is one of the few appointed heads of parastatals of the Ministry of Petroleum that have remained in their jobs after the exit of President Goodluck Jonathan, who appointed them. Others have either not been rehired for another term, or fired out rightly by Jonathan himself.

Although Osahon serves at the pleasure of the incumbent President of the country, he expects to hand over to the most senior deputy director at the department by the close of business on Friday June 19, 2015. He wasn’t exactly forthcoming, when we asked him, on the question of what he would do if President Muhammadu Buhari requests him to stay on.

A former Group General Manager of the influential NAPIMS, the quasi regulatory and commercial subsidiary of the NNPC, through which the state hydrocarbon company interfaces with the major oil companies and the last General Manager of the corporation’s National Content Department (NCD), which transformed into the independent National Content Development Monitoring Board (NCDMB), Osahon was clearly the most experienced of the four Directors who passed through the DPR in the last 64 months. He has been part of most of the committees around policy overhaul, policy drafting, and policy implementation in the industry.

There’s no doubt that, for a man passionate about upstream consulting, who also happens to be the founder and substantial shareholder of Energia (the Nigerian independent and marginal field operator, currently producing 6,000BOPD), Osahon, has enough to do when he leaves, but who will succeed him at DPR?

The DPR used to have a vibrant bunch of deputy directors. But the generation of Segun Ogunjana (who superintended the relatively transparent 2003 Marginal Field Bid Round), Abiodun Ibikunle (latterly the Executive Executive Secretary of the Petroleum Products Pricing Regulatory Agency PPPRA) have all retired from the system.