20% participation in every acreage will be awarded to the competing Angolan companies. 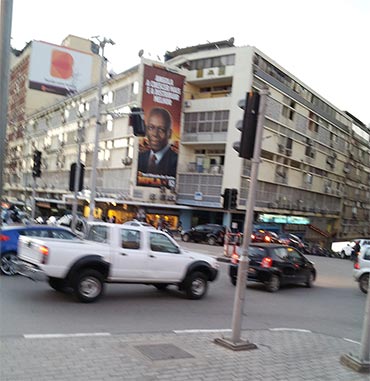 47 of those companies are invited to bid as non-operators, while 37 are prequalified as operators.

Although there is significant number of Angolan indigenous firms, the prominent presence of key international companies seems to counter the narrative that this lease sale was largely meant for fast-tracking the indigenization of the Angolan E&P space.

Still the preponderance of Angolan companies among the companies pre qualified as non operators make it seem right to argue that this bid is largely meant to help local independents gain a foothold in the industry. Operatorship is not exclusive to international Oil Companies though. The Brazillian behemoth Petrobras is Pre Qualified as a non Operator while Somoil, the Angolan minnow, gets invited as an operator

Rules of the Public Tender

The proposals submitted for each of the blocks mentioned above, must meet the following requirements:

1. Proposals should be drawn in Portuguese language or, if in another language, accompanied by an official translation in Portuguese;

2. Bids must indicate the interest of the company to be operator or non-operator as well as the maximum and minimum stake it seeks to obtain in the block (s) that it competes;

3. The type of contract to be signed between the National Concessionaire and its affiliates will be the Production Sharing Contract. An updated version of that model can be obtained from Sonangol’s webpage (www.sonangol.co.ao). Be noted that, when submitting their proposals companies are committing themselves to accepting the terms described therein;

4. The areas of concessions are the ones in the maps available in Sonangol’s webpage referred to in the preceding paragraph;

5. Companies should submit their proposals individually or in consortium;

6. All proposals to be submitted must be accompanied by a financial guarantee from a Commercial Angolan Bank or Foreign Bank. The amount of this guarantee shall be made in accordance to the desired interest in the block to which the company competes, having as reference the value of the work program proposed. A model of a Financial Guarantee is available in Sonangol’s webpage referred to in paragraph 3;

7. Proposals must be submitted by 17:30 of September 18th, 2015 in a closed and sealed envelope. All proposals received after this date will be deemed invalid.

« Tower Looks for Funds to Enter Cameroon, Namibia
Ugandan Bid in Round Two »