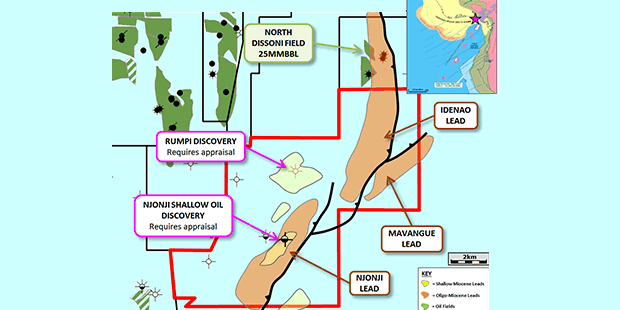 Company moves to consummate the results of the 2013 bid

AIM listed Tower Resources is hoping to raise eight million dollars ($8Million) net of expenses to secure its 100% entry into the Thali Block  in Cameroon and unnamed new acreages in Namibia.

It is also hoping to apply some of the fund to progress exploration work in Zambia’s Blocks 40 and 41, which rank less in its portfolio than Cameroon and Namibia.

The money is to be raised by way of a Placing with certain existing and new investors at a price of 0.19 pence per placing share, Tower says in a release. Tower announces “imminent signing of a 100% interest in the shallow water Thali Block PSC in the Rio Del Rey Basin, a proven producing sub-basin of the petroliferous Niger Delta, offshore Cameroon”. The signature is the culmination of a two year process; which started with the 2013 bid round. Tower submitted the preferred bid for 100% of the Block in that Licensing Round. Cameroonian authorities and Tower Resources have both now agreed Production sharing contract now with signing anticipated imminently

The company says that part of the fund will also be used for “payment of anticipated costs associated with the initial stage of a new regional Namibian strategy which the company has been developing in consultation with the Namibian government, as well as for delivering current work commitments across the remainder of its portfolio.

“Our entry into the Thali Block is a shift in our risk profile from frontier to proven basins, which has been over eighteen months in the making”, Tower explains in the statement. Located in the Rio Del Rey Basin, a sub-basin of the highly petroliferous Niger Delta, the Thali Block provides Tower with lower risk appraisal and exploration potential in this shallow water proven-producing region while maintaining significant upside potential for the Company and its investors both there and in frontier areas.. “The Thali Block includes existing oil and gas discoveries and contains a number of already identified exploration opportunities. A three year work programme is planned to unlock both the appraisal and exploration”