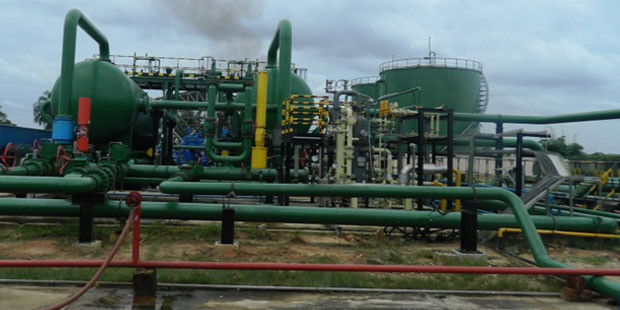 Seplat Petroleum has reported “current NPDC receivables balance of $504Million”, and says it is making “substantial efforts to reduce the balance”.

The company included this information in its half year 2015 financial report. Seplat is in joint venture with NPDC, the operating arm of the state hydrocarbon company NNPC, in Oil Mining Leases (OMLs) 4, 38 and 41, in the western Niger Delta Basin.

The receivables balance that Seplat refers to is, in Nigerian industry parlance, named “Cash Call Arrears”. It is unusual for any company, in Joint Venture with NNPC, to declare in public how much the state company owes them in cash calls. Chevron, Shell, TOTAL, ENI and ExxonMobil are in Joint Venture with NNPC. Even though they routinely lament the cash call conundrum, none of them explicitly goes to press to say exactly how much the government company owes them.

The figures are also absent in their annual reports. Supo Shadiya, Chevron Nigeria’s Director for Joint Ventures told Africa Oil+Gas Report last November: “We are handling our cash call arrears with our partner and we do not plan to publish the numbers to avoid any embarrassment” Elsewhere in Africa, Governments and companies alike publicly declare what debts governments owe the hydrocarbon producers.

Seplat’s report notes that it had signed an agreement with NPDC “to offset NPDC’s share of gas revenues against sums owed pre December 31 2014 and further agreed to jointly source loan facilities, up to a limit of US$300 million, to fund joint venture expenditures with effect from January 2015”.

This agreement isexpected to reduce receivables balance in the second half of the year. Seplat’s net profit for the 1H 2015 was $34 million on gross revenue of $248 million; cash flow from operations before movements in working capital was U$92 million, against capital investments incurred of $68 million (excluding acquisition costs).

“Cash at bank and net debt at period end (excluding reinstated unrestricted cash of US$368 million and other amounts held as a deposit for investment) stood at US$110 million and US$853million respectively.”