Sterling Energy’s Active On Five Rigs, Is the Busiest Company On Rig Sites In Nigeria 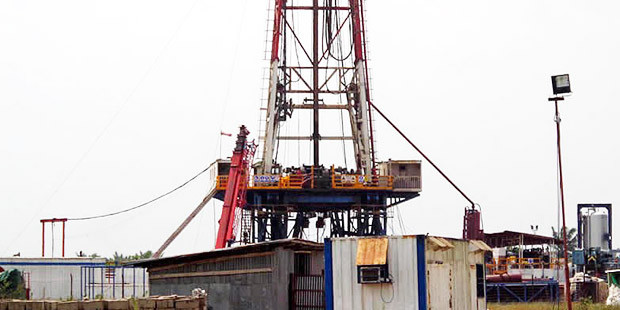 Sterling Energy, a relatively unsung Indian owned Independent, has the largest number of rigs in operation in Nigeria today.The company is currently active on five wells with British Oil and Gas Exploration Limited (BOGEL) Durga Rig series, which are its own rigs, brought into the country by the company itself. Sterling produces about 25,000Barrels of Oil Per Day from two fields: Okwuibome and Anieze, both in the Oil Mining Lease (OML) 143.

Seplat and NPDC, which had been the most active drillers in Nigeria in the last two years, have reduced their activity. Addax, which maintained at least two rigs for most of the last 10 years, has reduced it to one.

Its flagship company, Sterling Biotech Limited, is listed on NSE and BSE in India, Luxembourg in Europe and Singapore in Asia. The company was awarded the Oil Prospecting Lease (OPL) 280 in 2006. It is the only one of the 77 companies awarded acreages between 2005 and 2007, to have reached first oil.

« Orca Starts Songo Songo Field Workover, New Drilling In September
Ogbele 7 Stk2 May Be The Best Of Them All »