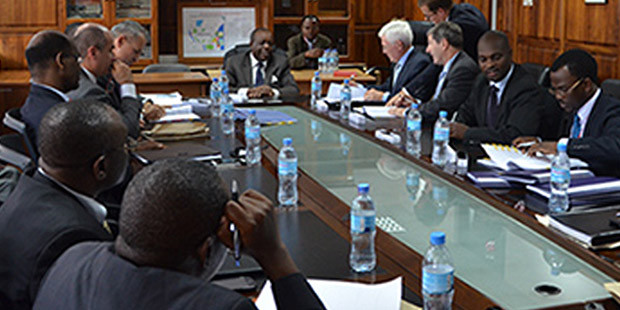 Delivery of first gas into Tanzania’s new gas pipeline is on schedule for third quarter 2015, in the view of Wentworth Resources, a minority equity partner in the consortium of gas producers.

Wentworth reports that discussions are at an advanced stage with Tanzania Petroleum Development Corporation, the state hydrocarbon company and gas purchaser, “to finalise payment guarantee documentation in support of the Gas Sales Agreement (“GSA”) for the deliveries”.

Maurel et Prom, the French company and senior partner in the project, reports that “the first gas shipments are planned at the end of August as well as the completion trade agreements”.

The Mnazi Bay partners have an agreement with the Tanzanian government to deliver up to 130MMscf/d of natural gas from the Mnazi Bay concession to the new pipeline. The 532 km long Mnazi Bay to Dar es Salaam facility involves a 24-36 inch diameter segment from Mnazi Bay in Mtwara, connected to Somanga Funga with an existing spur line from SongoSongo gas field in Lindi region, and then onto Kinyerezi in Dar es Salaam. A 24-inch segment runs from Mnazi Bay to Somanga whereas the existing 16-inch pipeline between Somanga and Dar es Salaam is being expanded to 36 inches. It will have a capacity to convey 210Million standard cubic feet of gas a day (MMscf/d), up from the current 105MMscf/d.