Cobalt Cashes Out Of Cuanza

In the end, it appears, Cobalt sold its entire participating interest in its “best” Angolan blocks to the state hydrocarbon company.

The American firm on Monday, August 24, 2015 announced the conclusion of Sale and Purchase Agreement for Sonangol to acquire all of its 40% participating interest in Blocks 21/09 and 20/11 in the Cuanza (Kwanza) basin offshore Angola for $1.75 billion with an effective date of January 1, 2015. 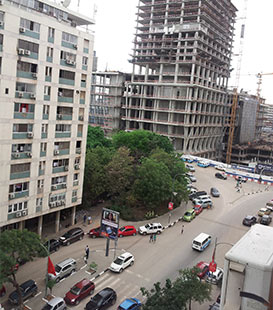 The transaction, it said, is subject to customary Angolan government approvals which are expected prior to the end of the year. This sounds like a surprising turn of events for a company that was, just last month, talking about pursuing final investment decision for developing one of the fields in the acreages.

The Houston based independent apparently couldn’t bear the scrutiny any longer. There have been lawsuits against it, as well as investigation of the company by the American Securities Exchange Commission, for partnering with companies in Angola that were partially owned by high-level Angolan officials just so they can gain access to its Angolan wells. The negative implication of this partnership had tarnished the company’s profile since it won the rights to those acreages in 2010, even as it reported discovery after discoveries on the asset.

“By its own account Cobalt went ahead with a deal in a country that was, in 2010, ranked 168 out of 178 countries in Transparency International’s annual corruption index, without knowing the true identity of its partner, a company with no track record in the industry”, wrote Tom Burgis, Investigations correspondent of the Financial Times, in his book: The Looting Machine: Warlord, tycoons, smugglers and the systematic theft of Africa’s wealth, published in February 2015.

Cobalt declared: “The Sale and Purchase Agreement provides for a smooth transition to a new operator and underscores the parties’ commitment to attain the final investment decision for the Cameia development in Block 21/09 by year end 2015 in order to deliver first oil from Cameia in 2018. Notwithstanding Cobalt’s continuing as operator for an interim period, all costs going forward will be borne by Sonangol”.

Francisco Lemos José Maria, Sonangol’s Chairman and Chief Executive Officer of Sonangol declares that Cobalt’s ‘outstanding exploration success’ in Angola’s pre-salt, made over the past seven years, “will accrue considerable prosperity to the Angolan people over coming generations”.