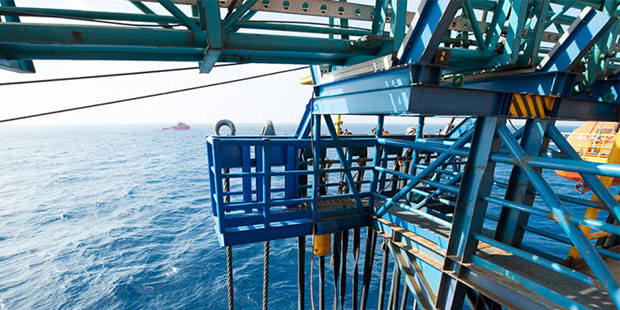 Oriental Energy Resources has announced the beginning of implementation of an Ebok Transition Plan.The end result of the plan is the company’s complete take-over of operatorship of the Ebok field, in southeastern offshore Nigeria, from Afren.

It has been a seven year journey, since Afren signed a farm-in agreement with Oriental Energy, holder of the Ebok Marginal Field Licence, to take part in developing the field in March 2008.Afren had operated the field on behalf of the partnership.

The transition plan was agreed with Afren in April 2015 and was supposed to be implemented in the event that Afren ended up insolvent. Now that has occurred. Oriental’s press release regarding the transition plan is as follows:

“In April 2015 Oriental and Afren plc concluded a mutually agreeable EBOK FIELD Transition Plan, whose timely implementation assures the Governmental Authorities, the Ebok Field Farmors (The NNPC/Mobil Producing Nigeria Unlimited Joint Venture), the employees, contractors and suppliers, and all remaining stakeholders in Oriental and Afren plc, along with the local Nigerian Communities, the Nigeria petroleum industry participants and Neighbors of the Ebok Field, and the Public at large, of the safe and orderly handover of control of Ebok Field operations from Afren to Oriental in the event of an Afren insolvency, which has now most regrettably occurred.

FULL IMPLEMENTATION OF THE PLAN

Oriental announces the full implementation of the EBOK FIELD Transition Plan by Ebok Transition Team appointees of Oriental and Afren. This Transition Plan is required under the Ebok Field Agreements, and was triggered by the Insolvency Announcement made by Afren PLC on July 31, 2015.

The Ebok Transition Plan guiding the handover of Ebok Field’s management and control from Afren to Oriental is presently underway and on track to deliver effective control to Oriental around the target date of 31 August 2015. The process includes the transfer of ALL of the Duties of Afren as Technical Advisor to Oriental. These transferred Duties include the complete balance of the duties, rights, and obligations of the operator and the Technical Advisor not already held by Oriental under the prevailing Ebok Agreements. This process will continue well past August 31st, as among other major tasks, all of the Ebok Field contracts with suppliers and contractors must be renegotiated and reassigned to Oriental.

Oriental wishes by this announcement to reassure all affected Parties whether public or private of the ongoing full cooperation between the Executive Managements and all responsible persons engaged as employees and contractors of Oriental and Afren and their adherence to the provisions of the Transition Plan to insure the safe and orderly handover of executive control of the Ebok Field Petroleum Operations, including the production, storage, offloading, and sale of the present average Ebok crude oil production of circa thirty thousand barrels per day.

AMICABLE RELATIONS BETWEEN THE PARTIES

Notwithstanding the need for implementation of the Transition Plan following the highly regrettable insolvency of Afren plc, there is no ill will between the Parties.

The practical implementation of this major Transition Plan is greatly helped by the fundamental mechanism and right granted to Oriental under the Plan that pertains to the present and former employees of Afren, whereby Oriental is encouraged under the Plan to retain as new employees and contractors of Oriental as many of these highly skilled professionals as may be necessary in the judgement of Oriental to effect the smooth effective and complete handover of the Ebok Field operations from Afren to Oriental.

Oriental has already assembled and/or secured a framework of key personnel to staff the Transition of Operations, Drilling, Production and Facilities, Subsurface and Reservoir, Finance and Accounting, Administration and Legal, and Supply Chain and Logistics teams under Oriental’s Banner at Ebok as a first priority because of Ebok Field’s current production operations, but the Okwok Field and OML 115 teams will include virtually all of the same Ebok Field personnel.

As previously announced, the implementation of the Okwok Field Development Plan (“FDP”) is well underway with all major components of the FDP in process, although the same necessity for Afren to handover Okwok to Oriental is very likely although not yet certain.

Oriental wishes to advise and caution ALL Interested Parties who may have an interest in pursuing a commercial opportunity in any of the Oriental-Afren JV properties in Nigeria, which includes the Ebok, Okwok, and OML115 licenses, that ANY acquisition, transfer, or purchase of an economic interest in any petroleum license area in Nigeria is subject to the prior approval of: the Ministry of Petroleum Resources and its Department of Petroleum Resources (DPR);  Exxon Mobil and NNPC as the Farmors of the Ebok and Okwok Fields; Oriental Energy Resources, as the Nigerian 60% Participatory Interest owner and Operator of record for the Okwok,  Ebok, and OML115 assets.

Oriental will make further public announcements as is warranted by developing events, subject to confidentiality covenants, and consistent with the best practices of the international petroleum industry.

« Accenture Moves in on Schlumberger Space
Cobalt Cashes Out Of Cuanza »