Scrambling Out of the Hole 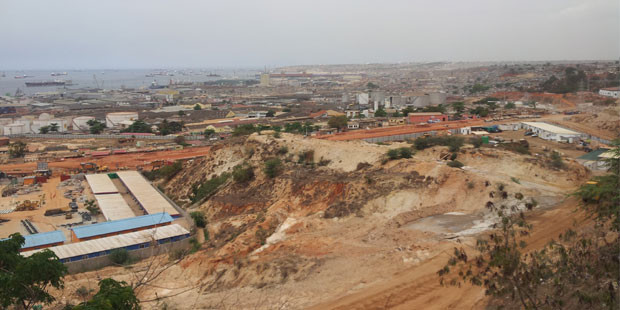 Africa is still the sunrise region for most mid-sized, international independents, yet the continent is one of the earliest victims of the low price regime.

After delivering an upbeat speech about Tullow Oil at the Africa Oil Week in Cape Town, Tim O’ Hanlon, the company’s Vice President for Africa, faced the usual queue of delegates waiting to shake hands and exchange cards. One particular delegate tarried longer than the others, praising Tullow for a “great pipeline of projects and an exceptional year”.

O’Hanlon cocked his head to the left and, fanning his right ear with the delegate’s card, he stared at him, dubious,“I wish our shareholders share your sentiments”.

In February 2015, three months after that encounter, Tullow reported a loss after tax of $1.64Billion in its full 2014 annual report, shedding 16% from the total operating profit of 2013.

Three of the top five publicly listed western independents, producing in excess of 60,000BOPD in Africa, reported a loss in 2014. Out of this class, only Marathon Oil Corp and Noble Energy turned a profit.

But what has their Africa portfolio got to do with these results?

Out of his group, only BG and Tullow reported African assets seriously impacting their bottom line. In BG’s case, the downgrade in its Egyptian reserves was one of the three reasons for a post-tax non-cash impairment charge of $5.9 billion. Egypt contributed $0.7 billion or 12% of this impairment.

Tullow reports, rather vaguely, that a loss relating to its 2012 farm-down in Uganda was partly to blame for its worst financial result in seven years.

The conflict in Libya had ensured the discounting of the country in the calculations of some of the International Independents operating in Africa. American firms ConocoPhillips, Marathon Oil and Hess; the German operator Wintershall and the Austrian player OMV, had all faced the Libyan challenge head on since 2013, with most of them lowering their expectations in 2014. There was no production recorded for Wintershall in the country. Marathon Oil and Hess both report “excluding Libya”. OMV laments that Libya’s instability had a “substantial negative impact” on its financial performance. Despite the difficult environment, OMV and ConocoPhillips were active on Libyan drilling sites in 2014; whereas ConocoPhillips delivered on four appraisal wells,OMV was part of a partnership that drilled three exploration wells in the Murzuq basin, of which one, Wedan-1, in NC 186 concession, was a discovery. ConocoPhillips and OMV each squeezed about 8,00BOEPD out of Libya in 2014.

Among the smaller Western independents operating in Africa, two were particularly struggling to remain “going concerns” as of the first writing of this piece, in June 2015. Oslo based minnow PA Resources is so deep in the red that its board is considering all options open to it for the future of the business, including continued operations with the current portfolio, a corporate transaction and disposal of some or all of the company’s assets and subsidiaries. In late June, the entire board of the London listed Afren opted to resign at its Annual General Meeting.

The company had recorded a loss after tax of $1.651 billion in 2014, due, apart from oil price drop, to, a material impairment charge of $1.112 billion in respect of the carrying value of the company’s production and development assets and the impact of the curtailment of future capital expenditure on its exploration. As of the update of this report, Afren had gone into receivership.

2014 was a year of exceptional turbulence. Oil prices plunged sharply in the fourth quarter, to levels lower than seen for 10 years. This was the main reason for the wave of value destruction across the industry. Another is negative stock market psychology, which is significantly tied to the crash in prices.

For Western independents, as a rule, Africa is one of those spots where the cost of production is low. Yet investment in African E&P has been one of the earliest victims of the lower price environment.

Tullow exited the offshore Kudu gas development project in Namibia in December 2014, “after the project did not rank highly enough in the Group’s capital allocation process”, the company explains. For reasons of financial stewardship, Tullow has elected not drill exploration wells, in the foreseeable future, on the complicated deepwater prospects off West Africa (read Namibia).

American independents see the shale hydrocarbon phenomenon as a huge opportunity with significant upside. They rank the resources higher than the assets in their African portfolios. Apache, Anadarko, Marathon, Hess and Noble Energy have invested more in Eagle Ford, Bakken, the Utica, and Oklahoma resource plays, in spite of the perception that shale gas and shale oil drilling are susceptible to price plunge.

Apache’s 33% farm down in Egypt in 2013 benefited its onshore North American investment. It seeks to focus its growth initiatives on its North American onshore portfolio (largely shale plays) even though, it admits in its annual report, the cash flows from its Egyptian asset are less sensitive to falling oil prices than its North American assets.

Still, Africa remains a sunrise region for most of these independents. ConocoPhillips proudly reports itself as a non-operating partner in the two basin opening discoveries off Senegal in October/November 2014. The company will be spending more than $100Million for further evaluation of both wells to determine commerciality. An appraisal well will be drilled in 2015 but, more crucially, ConocoPhillips has the option to become operator of the project if it advances to development.

Anadarko continues to be excited about the Mozambican offshore gas play, talking it up at every forum. Last May, the company announced the selection of a consortium consisting of CB&I, Chiyoda Corporation and Saipem (CCS JV) for the initial development of the onshore LNG park, citing it as “a significant step toward reaching FID (Final Investment Decision)”. Anadarko and its partners have reached non-binding Heads of Agreements for long-term LNG sales to buyers in Asian markets covering in excess of eight million metric tonnes per annum.

Anadarko is encouraged by the enactment of “a Decree Law” by the Mozambican government, saying that it marks “a critical step toward establishing a project-wide legal and contractual framework that delivers a level of fiscal stability, enabling continued equity investments by the company and potential access to significant limited-recourse project finance capital”. This is all about the proposed LNG project to monetize the ~100Trillion Cubic feet of gas found in the country between 2010 and 2014.

Anadarko is also involved in the Tullow operated TEN project in Ghana, on course for first oil in 2016. Development drilling commenced in 2014. The conversion of the Centennial Jewel trading tanker into the TEN FPSO continues on schedule at the Jurong Shipyard in Singapore. The overall gross capex cost of the development remains at $4.9 billion, with separate FPSO lease costs. Total gross capex to first oil is expected to be $4 billion. Tullow is also leading the charge towards project sanction in East Africa, where some 300,000BOPD (gross) crude oil production from Uganda and Kenya could be attained by 2020.

The Irish operator Petroceltic, has awarded Front End Engineering and Design and signed Gas Sales contracts on the Ain Tsila project in Algeria. It plans to award EPC contract award in late 2015/early 2016.

Many International independents operating are scrambling out of the financial hole right now, but a key path to their return to their profitability lies in their African assets.

Updated from the Kickstarter article in INDEPENDENTS’ DAY ANNUAL, the June 2015 print edition of the Africa Oil+Gas Report.

« Mr. President Sir, It’s Another Country
How NAPE Got Its Groove On »