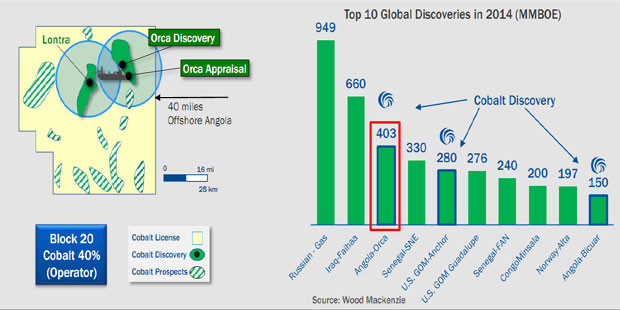 “In 2013, nine of the largest 20 discoveries were in Africa, whereas in 2014 this had risen to 11. The picture is not, however, as rosy as the numbers would suggest since the average size of the discoveries decreased”, the global intelligence firm notes in its Africa Oil  & Gas Report 2015, released recently in Cape Town South Africa.

“The worldwide slowdown appears to be less alarming in Africa than in the rest of the world as this annual decline is the first while the global number and size of discoveries has decreased for four years running. While the slowdown in global discoveries has been especially noticeable for oil, Africa bucked the trend with substantial finds in Angola, Senegal and the Republic of the Congo.

“Apart from the Nyonie Deep gas and condensate discovery in Gabon, the other major gas discoveries were found in East Africa. However, these large East African gas finds were not as significant as in 2013. Offshore gas exploration remains a beacon of light for Africa as can be seen in the accompanying table”.

« Neconde Surges Past 29,000BOPD
NNPC/Chevron $1.2Billion Loan Indicative of What is Coming »