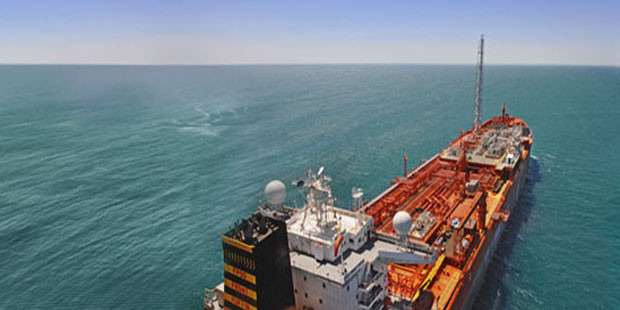 By Angus Djibouti, in Badagry, Nigeria

Panoro, a minority but the most vocal partner in the project, says that the four wells all“intersected a condensate-rich gas column with an underlying liquid oil rim of around 9 metres”

Aje is located in the Oil Mining Lease (OML) 113 license, offshore Lagos, Nigeria’s financial hub. It’s a relatively small oil pool in a gas rich environment. Plan is to produce as high as 10,000Barrels of Oil Per Day at peak from the two producer wells.

A Floating Production Storage Offloading (FPSO) facility is under construction at the Keppel Shipyard in Singapore. If the field reaches first oil as scheduled, in First Quarter 2016, it will be the first commercial oil development outside of the Niger Delta basin and it will happen in the 60th year of commercial discovery in the Niger Delta.

“The reservoir was evaluated using data obtained from a limited suite of LWD logging tools including resistivity and gamma ray and 9 5/8″ casing was set across this Turonian reservoir interval to isolate it. Preliminary indications are that the net reservoir over this interval in Aje-5 is slightly better than had been seen in these previous wells. The Aje Joint Venture partners are continuing to evaluate opportunities to commercialise this significant hydrocarbon resource in the future.

“The Aje-5 well subsequently resumed drilling to the target Cenomanian where the well encountered 19.4 metres (true vertical measurement) of gross oil-bearing reservoir. A fuller set of LWD tools including gamma ray, resistivity, neutron and density have been run which confirm the presence of oil consistent with pre-drill estimates.