Conoil Hits a Large Pay dirt in the Southeast Offshore 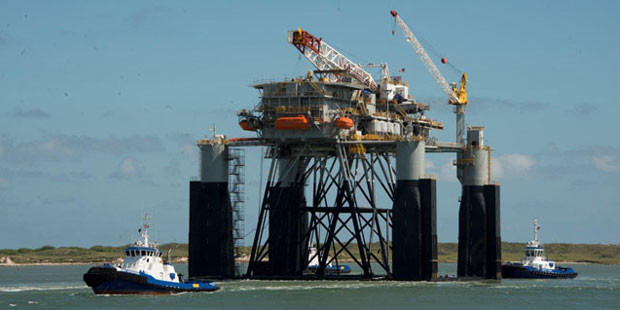 Nigerian independent Conoil Producing has encountered over 320 feet of net hydrocarbon sands in about eight levels in Anim-1, in the Oil Prospecting Lease (OPL) 290, in the prolific south east shallow offshore Niger Delta. The figure is derived from a ‘first pass’ interpretation of Logging While Drilling (LWD) Tools. The company was running more detailed wireline facility over the past week, but there’s clear excitement at the Department of Petroleum Resources (DPR), the regulatory agency, which has been keen on getting companies to do more exploration work. Five of those sands are at least 40 feet thick, the rest are between 20 to 25 feet. The reservoirs are part of the Biafra sands sequence, which is ‘native’ to the south east offshore Niger Delta.

“There was an ‘Amenam moment’ in the course of the drilling”, says a DPR source, referring to the French major TOTAL’s discovery of the Amenam field in 1990.

In the same south east offshore neighborhood, TOTAL famously drilled into 3,000 feet of shale in Amenam-1, without encountering a single pocket of sand, emerging, after the ordeal, into an entirely different deltaic sequence, hosting over six hydrocarbon reservoirs between 11,200 feet and 15,700 feet below sea level. By the time a final investment decision on the field was taken eight years after, TOTAL was proclaiming Amenam as a Billion barrel tank.

The drilling experience in Conoil‘s Anim-1 was not so dramatic. In chugging through the massive shale, there were small sand intercalations. But the DPR sources think that this well may be significant.

Anim-1 was spud on June 30, 2015 with the Monarch rig, operated by Depthwize. The well is prognosed to reach total depth at 12,500ft True Vertical Depth, (13,200 ft Measured Depth). The well will also fulfill the obligations of the Production Service Contract (PSC).

Conoil, with production of around 9,000BOPD, has been aggressive with the drill bit on exploration plays in the last three years; and it has had a string of discoveries to show for it, the most widely discussed of which is the Ango field, in Oil Mining Lease (OML) 59, which is now being completed and will soon be tied to existing production facilities in the lease.