TOTAL Walks Away From The Dirt 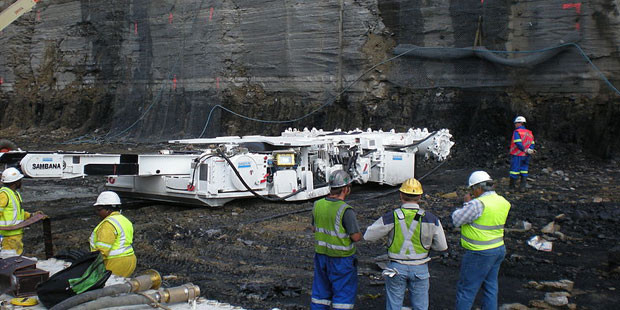 French major TOTAL has ceased to be an operator of any coal facility anywhere in the world. The company has closed the sale of mine operator Total Coal South Africa. “Signed in summer 2014, the agreement to sell the affiliate to a local company has now been approved by the South African government, with the divestment taking effect on August 20”, TOTAL says in a release.

Chief Executive Officer Patrick Pouyanné publicly pledged on June 1, 2015 that TOTAL would halt all coal operations. “It was a matter of both consistent strategy and our credibility”, Mr. Pouyanné said.“Faced with the issue of climate change, TOTAL is committed to promoting the use of natural gas, the cleanest fossil fuel, especially compared to coal, which emits twice as much greenhouse gas when used to generate power.

We cannot claim to be providing solutions to climate change while continuing to produce or market coal, the fossil fuel that emits more greenhouse gas than any other”. Pouyanné said that in addition to withdrawing from mining, “we have also decided to divest our coal marketing operations. By end-2016, we will no longer be involved in the coal business.”

The company says it will focus daily on five core areas:

•    Increasing the percentage of natural gas— the cleanest fossil fuel — in the energy mix. This energy source accounted for 50% of Total’s production in 2014.

•    Enhancing the energy efficiency of its facilities, products and services.

•    Facilitating more access to sustainable energy for as many people as possible, through Awango by Total, a social business that retails solar lamps.

•    Working with others and supporting international initiatives.